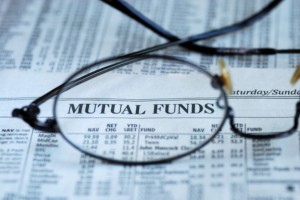 Carlyle Group LP is preparing to launch its first two publicly listed mutual funds, according to a regulatory filing by the latest alternative asset manager seeking to offer its investment platform to retail investors in this way.

Carlyle Enhanced Commodity Real Return Fund will mainly invest in commodity sectors including energy and metals, while Carlyle Global Core Allocation Fund will invest across equities, debt, real estate, commodities and currencies using primarily exchange-traded funds, according to the filing published this week by the U.S. Securities and Exchange Commission.

A Carlyle spokesman declined to comment beyond the filing.

Developing mutual funds has historically been challenging for private equity firms because the average buyout fund is illiquid, with a typical life span of 10 years. But as these firms diversified into relatively more liquid alternative assets such as credit and hedge funds, they have sought to widen their investor base beyond institutional investors.

“I do think that the retail investors are just a lot bigger pile of money than all the other piles of money we can get from investors,” Carlyle co-founder and co-CEO William Conway told a Goldman Sachs financial services conference last month.

Alternative asset managers have developed other ways to raise money from non-institutional investors. These include business development companies (BDCs), which pay at least 90 percent of annual earnings as dividends to avoid corporate taxation under provisions passed by Congress in 1980.

They are also turning increasingly to so-called feeder funds, special purpose vehicles that gather money from individual high net-worth investors or family offices before investing in alternative assets such as private equity funds.

Carlyle Enhanced Commodity Real Return Fund will use Vermillion Asset Management LLC, the commodities-trading hedge fund manager that Carlyle took over in 2012, as advisor, according to the filing.

Washington, D.C.-based Carlyle, founded in 1987 by Conway, David Rubenstein and Daniel D’Aniello, had $185 billion in assets under management as of the end of September.

InvestmentNews, a newspaper for financial advisers published by Crain Communications Inc, first reported on the regulatory filing on Carlyle’s mutual funds earlier on Friday on its website.