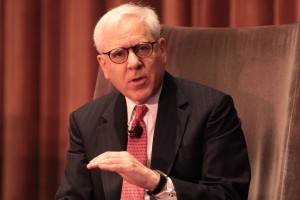 Today, Craig McGlashan joins as editor of our coverage in Europe.

Based in London, Craig has covered several markets and industries in his 15 years as a financial journalist, but the bulk of that time was editing and reporting on the public sector bond markets. He’s also written about far more niche subjects, such as private medium-term notes and securities lending.

“It’s hard to pick a more exciting time to join PE Hub, given the amount of capital that PE firms have ready to deploy in Europe – including a potential bid for my former employer Euromoney Institutional Investor,” Craig said. “But more generally, the PE market fascinates me in particular because every deal is unique, which creates such a rich environment for reporting.”

As for life outside work, Craig said, “For fun, I like writing short stories and playing and writing music. A fun fact is that, although I can play the trombone, bass guitar and bagpipes, I can’t do all three at the same time.”

As we expand our coverage of PE-backed deals in Europe, Craig is leading a team that includes Nina Lindholm, who joined us recently as a reporter in the UK.

Nina, who is originally from Finland and is now based in Cardiff, was most recently a reporter at With Intelligence, where she covered the Nordics and wrote about LPs’ intentions within the alternative asset classes. As for off-duty activities, Nina said, “I’ve been preparing to run a 100km trail race in Finnish Lapland in July, but due to an injury I may have to drop out.” Hopefully, Nina’s injury will heal in time for the race!

Also on the UK team is assistant reporter David Wansboro, based in Cardiff. David joined PE Hub back in April. Previously, he was a senior investment researcher at With Intelligence. In the past, he’s held a variety of positions, including chef. David said, “In my spare time, I like to suffer in the gym and make other people suffer with how badly I speak Italian (I’m learning!). Mercifully I can make it up to them with my cooking!”

Please join me in welcoming Craig, Nina and David to the team! And send them tips and insights on PE deals in Europe. Here are their email addresses:

Driving the global economy. A great example of the coverage the Europe team is producing can be found in Nina’s story, out today, about Lovell Minnick Partners’ acquisition of wealth manager London & Capital. The transaction is expected to close in the fourth quarter.
Nina spoke with Spencer Hoffman, partner, LMP; and Guy McGlashan, CEO, London & Capital, to get both firms’ perspectives on the deal.

“We think it’s always a good time to invest in financial services, since it drives the global economy,” Hoffman said. “It has long-term, secular tailwinds that we think are a great investment opportunity for firms like us.”

The investment in London & Capital “comes at a very, very good time, because arguably, it’s been a decade since clients have needed significant support and help in their wealth planning and their financial planning.”

Established in 1986, London & Capital is a wealth and asset manager that works with both private and institutional clients. Many of the firm’s private clients have very particular needs, as most have financial and business interests, property and family across multiple countries. These unique needs are one of the reasons LMP was drawn to London & Capital.
LMP’s Hoffman said clients like these aren’t well served by the vast majority of wealth managers in the UK.

From London & Capital’s perspective, McGlashan said, “LMP brings in functional expertise, whether that’s marketing, M&A, products or technology. Having a little more firepower means that we’ll be able to go out and hopefully grow a little more quickly than we’d be able to do on our own.”

Must read. Before I sign off for today, I want to pass along some advice from David Rubenstein, co-founder and non-exec chairman of Carlyle Group. Rubenstein shared his 10-step guide to fund due diligence at a recent event in Zurich, hosted by his daughter Ellie Rubenstein’s private equity firm Manna Tree.

Here are my favorites:
“Seven: Look at the organisation’s ability to keep people. If… people are always leaving an organisation that is an important indicator.”

“Eight: Whether or not an organisation has made its track record in an area that’s still relevant in the future… Because maybe somebody was good at investing in buggy whips, then the automobile comes along and being an expert in buggy whips is probably not such a great thing.”

Buyouts’ Chris Witkowsky writes the Wire on Wednesdays, so I’ll see you back here on Thursday.

All the best until then,