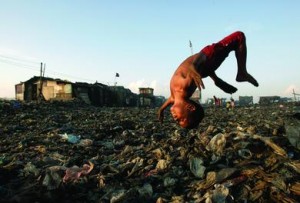 It may not be the most glamorous of investment areas, but the established revenues in the waste sector have already soared to US$60bn. With rising living standards leading to an increase in the volume of waste being produced, cleantech venture capitalists have already begun circling landfills to take advantage of the billion-dollar industry.

While the cleantech industry as a whole has been faltering for the past two quarters, increasing government incentives have meant the waste sector is set to buck the downward trend with 10% growth expected this year. At the latest G20 summit, it was predicted that US$400bn of the US$2.6trn economic stimulus package would be earmarked for clean technologies.

The EU has also been paving the way for further investment in the sector. Through the implementation of initiatives like the EU landfill directive, companies are being rewarded for reducing their landfill allocations and being penalised for failing to meet the new standards.

Many European countries caught on to the potential growth of waste markets early on, making their markets all but mature, but the UK’s waste market is an infant in comparison. “The Netherlands is often held up as the success story in Europe but they’ve had landfill tax for a long time. The UK never had an economic driver until now,” says Nigel Aitchison, a partner at Foresight Group.

Five years ago 70% of UK waste was sent to landfills and only 40% of waste was recovered. Today landfill tax is on the increase and has left UK cash-strapped local authorities looking for a way out of this impending waste crisis. “The UK is lagging behind Northern Europe and Germany. But the British Government is learning. We need government legislation and long-term incentives to drive this sector forward,” says Nigel Meir, fund manager at Ludgate.

While there is little doubt there is money to be made in the waste industry, there are pitfalls to be avoided. Firstly, there are not a lot of companies to invest in. The sector is currently monopolised by five main players: Biffa, Veolia, Shanks, Waste Recycling Group, and Viridor.

With so few waste companies to invest in, Nigel Taunt of UK venture capital firm Impax Asset Management, predicts a lot of consolidation of deals in the coming years. “We will see smaller companies that will grow in size over the next five years, some will IPO and other will be bought by market players,” says Taunt.

Venture capitalists and private equity firms are also likely to team up, due to the sheer volume of capital that is needed to bring a technology or waste plant to fruition. “With waste recovery you get to a certain stage and you need twice as much equity. This means that venture capitalists eventually need the help of private equity backing,” says Taunt.

According to John Rowland from UK-based venture capital firm, Consensus Business Group, the calling in of private equity means that venture capitalists have to put up all the risk capital and receive infrastructure-style returns for their wager. “Investing in waste is capital intensive and often venture capitalists are diluted and squeezed out once the plant or technology is a proven success. A pilot plant will take £5m to £10m to build but to prove that it works could take £50m so VCs end up putting all of the risk capital in,” says Rowland.

In order to avoid bankruptcy, which Rowland says many companies fall victim to, follow-on financing needs to be organised while the pilot plant is being built and the need for technical due diligence is a must. He acknowledges that the leverage drought is going to take its toll on the waste sector and advises those involved in the market to bypass the banks and go straight to pension funds looking for investment. “This is not an area for small players,” he says.

With complicated legislation and tight regulation, generalists will have difficult task identifying the good deals in the sector. “The waste sector is the second most regulated sector in the world behind the chemical industry. It’s not an area you can go into without understanding the regulation requirements,” says Aitchison. Taunt agrees. “The market drivers in the waste sector are complex so it’s not just a commercial assessment; you have to understand the legislation.”

But for those who saw the waste sector’s potential and have already built up a sound knowledge of the area will be in an ideal position to take advantage of the billions of dollars that will be allocated by governments throughout the world. “We are in a green vintage at the moment, where valuations are sensible and there are so many things behind us in the market,” says Meir.