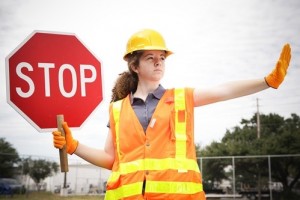 The New York private equity firm, which now goes by the name CHI Private Equity, will no longer accept new subscriptions and all commitments will be rescinded, a statement from the firm said. Castle Harlan was seeking from $800 million for Fund VI, two sources said.

Howard Morgan, President and CEO of CHI Private Equity, is leaving the firm along with Managing Directors Tariq Osman and Heather Faust. Osman and Faust will remain on the boards of two portfolio companies, the statement said.

“This action will not affect Castle Harlan Funds V and IV, which are highly successful and which will continue until the realization of the portfolio companies in both funds,” the statement said.

Castle Harlan’s fifth fund collected $800 million in 2007, while its fourth pool closed at $1.6 billion in 2002. Realization of the two funds could take years, a different source said. Castle Harlan currently has five portfolio companies, according to its website.

Castle Harlan’s remaining staff of more than a dozen professionals “will continue to oversee and direct these fund operations,” the statement said.

It’s unclear if the wind-down will have any impact on Champ Private Equity, an Australian PE firm that is 50 percent owned by Castle Harlan.

Several sources said they were saddened by Castle Harlan’s decision but not surprised. “This is going to start happening more and more as pioneer firms age and have a difficult time dealing with generation transition,” a placement agent said.

The firm tried a succession plan, but it didn’t work. Firm co-founders John Castle and Len Harlan promoted Justin Wender to president in 2006, but Wender resigned from the firm in 2010, a move that came as a surprise to many. (Wender went on to found Stella Point Capital, a New York-based middle-market firm, in 2012.)

Morgan and Bill Pruellage took over as co-presidents in 2010. Pruellage left the firm last year and is now a partner at Pamplona Capital Management.

John Castle, who is 74 and is Castle Harlan’s Chairman and CEO, continues to keep busy. Branford Castle, a family office he started, is out fundraising and has raised $60.9 million, an SEC filing dated April 30 said.