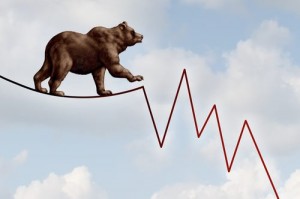 Therapure Biopharma Inc, a Canadian biopharmaceutical company owned by Catalyst Capital Group, has decided to postpone its proposed initial public offering. The company said that while it has been “performing above expectations”, and meeting positive investor feedback, the current market environment is not conducive to a public sale at this time. As reported by PE Hub Canada last month, Therapure was seeking $130 million from its IPO, which included a secondary offering by Catalyst. GMP Securities‘ Steve Ottaway said his firm, one of the IPO’s joint bookrunners, will continue to work with Catalyst and Therapure “to evaluate capital market conditions.”

MISSISSAUGA, ON, Feb. 4, 2016 /CNW/ – Therapure Biopharma Inc. (“Therapure”) today announced that its proposed initial public offering is being postponed due to current conditions in capital markets. While the business is performing above expectations and investor feedback about the quality of management and the company was very positive, the company makes this decision in light of the current market environment, in which no IPOs were concluded in the U.S. or Canada in January.

The Catalyst Capital Group Inc. (“Catalyst”) continues its strong support for Therapure as a core investment in its portfolio. Catalyst believes that the positive exposure investors have received to Therapure during this process will position the company for success in considering future options as the company executes on its growth strategy.

“We believe that Therapure is the type of company Canadian public investors would want to add to their portfolios, and we will continue to work with Catalyst and Therapure’s management to evaluate capital market conditions,” said Steve Ottaway, Managing Director of Investment Banking at GMP Securities L.P.

Therapure is a biopharmaceutical company focused on manufacturing complex biologics for its customers and on developing, manufacturing and selling its own blood and plasma-related therapeutic products. Its passion for quality and patient safety underpins everything it does in its three divisions: Therapure Biomanufacturing, an award-winning contract development and manufacturing division; Therapure Biologics, a division focused on using its proprietary PlasmaCap EBA™ technology to develop a portfolio of plasma-derived pharmaceutical products; and Therapure Innovations, a proprietary therapeutics and platform technologies research and development division. Therapure operates out of two facilities located in Mississauga: a 130,000 sq. ft. cGMP facility that includes biomanufacturing, research and quality control laboratories and is built to meet FDA (US), HPFB (Canada), EMA (Europe) and MHRA (UK) standards, and a new 43,000 sq. ft. facility housing 30,000 sq. ft. of cGMP warehouse.

Visit www.therapurebio.com for more information about Therapure Biopharma Inc. and its divisions.