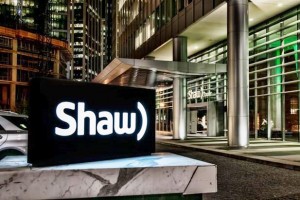 Canadian private equity firm Catalyst Capital Group, a fierce critic of Corus Entertainment Inc‘s (CJRb.TO) $2.65 billion (US$2 billion) bid for Shaw Communications Inc‘s (SJRb.TO) media assets, on Friday called on the Shaw family that controls both companies to prove the deal was the result of a fair, competitive process.

Ontario’s securities regulator said it would hold a hearing later on Friday to consider whether to approve the deal in light of Catalyst’s complaints.

A Corus shareholder vote is set for March 9. The transaction must win the approval of more than half Corus’ minority shareholders, given it is a related-party deal.

In an open letter, Catalyst, which contends Corus is overpaying for the assets, called on the family to disclose the number of offers and the price ranges of the offers it received.

“If they voluntarily want to clean up the disclosure they get to look like heroes,” Catalyst Founder and Managing Partner Newton Glassman said in an interview.

Corus declined to comment on the latest salvo from Catalyst. Shaw Communications was not immediately able to respond, while requests via both companies for comment from the family were not immediately returned.

Corus has previously said any other potential buyer of the Shaw assets would have had to pay roughly 10 percent more in contributions to a broadcast regulator since it would involve a change of control of a broadcaster.

It has called Catalyst’s claims misleading and argued it is paying a fair price. It has said the deal is a “heavily negotiated transaction conducted by two large, sophisticated and thoroughly advised public companies.”

ISS in a note to its clients this week said that although the points raised by Catalyst have some merit, they have not challenged the strategic merits of the transaction.

“Without any other certain, potentially superior strategic alternative in hand which would be widely accepted by market participants, defeating this transaction would simply block shareholders from benefiting from the strategic opportunities it presents,” ISS said.

Glassman said Catalyst believes it has the support of enough minority investors to vote down the deal next week.

He declined to say what actions Catalyst could take if the vote passes, but said “one should easily assume we have not emptied our toolbox.”