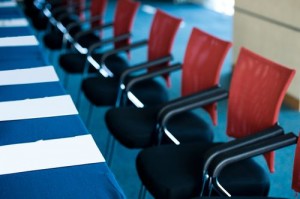 Canadian private equity firm Catalyst Capital Group has urged investors in Corus Entertainment Inc (TSX: CJR.B) to reject the company’s proposed $2.65 billion buy of Shaw Media Inc. Shareholders will vote on the deal on March 9. Catalyst, a Corus minority investor, said Corus has not fulfilled its fiduciary duty by considering potential remedies to address an alleged overpayment for Shaw Media of up to $858 million. Catalyst said it has also requested a hearing by the Ontario Securities Commission to look into disclosure issues related to the acquisition. Corus this week turned down a rights offering proposal from Catalyst that would extend deal participation to all shareholders.

Corus rejects improvements to Corus-Shaw deal: Yet another reason to vote NO

TORONTO, March 3, 2016 /CNW/ – The failure of the board of directors of Corus Entertainment Inc. (“Corus”) (TSX:CJR.B) to fulfill its fiduciary duty by considering potential improvements and remedies to address Corus’ up to $858 million overpayment for Shaw Media Inc. (“Shaw Media”) is yet another reason to vote no to the proposed transaction, says the Catalyst Capital Group Inc. (“Catalyst”). Catalyst is also requesting a hearing by the Ontario Securities Commission into the inadequacy of Corus’s disclosures, and to seek appropriate remedies.

On March 1st, Catalyst tabled an alternate proposal which, if accepted by Corus, offers $50 million in potential economic benefits for minority Corus shareholders. Rather than cooperate with Catalyst and consider the proposal seriously, Corus has rejected any possibility of improvement and continued its pattern of confusing and misleading disclosures.

In its response to the Catalyst proposal, Corus added to a growing list of inaccurate, unrealistic or selective claims related to the Shaw Media transaction. For example:

Corus quotes research — selectively: While Corus effectively selected favourable research commentary on the transaction for its presentations, a more accurate approach would have shown that equity research analysts’ response to Corus’ proposed acquisition has been to downgrade Corus’ stock price target. Corus did not note that all four brokers it chose to quote in its “Response to Catalyst” presentation have lowered their price targets since the transaction was announced.

Corus’ accretion/dilution “analysis” seems to require unrealistic assumptions: While Corus is assuming 4.4% as the blended interest rate for the purpose of its claim that the transaction is accretive, Corus recently pulled its debt offering because it would require an interest rate of at least 9%. Corus’s “fully committed financing” is also subject to “market flex” provisions, which suggest its cost of debt, given the current market, could end up being significantly higher than its 4.4% forecast, as the company has suffered a credit downgrade. Catalyst used a 6.0% interest rate, consistent with the cost of debt estimated in both the Barclays valuation and RBC’s Equity Research report on Corus (dated February 12, 2016).

Make-whole payment is part of $120 million in deal fees: While Corus claims it does not view the $45 million bond make-whole payment as a fee, in its own Management Information Circular, in the Sources & Uses on page 43, it is specifically referenced as a “fee.” Although Corus also claims this fee will reduce the overall cost of financing, the notes are currently paying 4.25% interest, and Corus recently withdrew its new notes offering because it would require a minimum 9% interest rate. Corus should provide a detailed breakdown of the $120 million in deal fees.

The following table summarizes reductions in Corus stock price targets since the announcement of the proposed Shaw Media acquisition. The average target price is now below the trading price of Corus shares before the deal was announced.

Catalyst notes that even if Corus management and its board wished to consider Catalyst’s arguments against the acquisition or its proposal for a rights offering, they are contractually prohibited from doing so. That is because the Corus board covenanted not to change its recommendation in favour of the acquisition. This is highly unusual and goes to the very essence of the board’s fiduciary obligations. In addition to the governance failures highlighted in the Catalyst dissident circular dated March 1, 2016, this is further evidence of the lack of a properly functioning governance process to protect the Corus minority shareholders.

Get informed, and vote NO

Catalyst’s analysis, based on Corus’ disclosures, reveals that Corus is overpaying for Shaw Media by up to $858 million and paying excessive fees. For the benefit of minority shareholders, Catalyst is calling for a fair allocation of the funding opportunities to all shareholders, not only to the Shaw family. Catalyst is also advocating a reduction of the Shaw Media acquisition price.

Shareholders are urged to VOTE AGAINST the Acquisition Resolution. Your vote is important, regardless of how many shares you own.

Catalyst’s full analysis and alternatives are available at www.StopCorusShaw.ca.

For questions or assistance, please contact Kingsdale Shareholder Services, at 1-866-851-2484 toll-free in North America, or 1-416-867-2272 outside of North America (collect calls accepted), or by e-mail at contactus@kingsdaleshareholder.com.

About The Catalyst Capital Group Inc. (www.catcapital.com)
The Catalyst Capital Group Inc., a private equity investment firm founded in June 2002, is a leader in distressed-for-control investing. The firm’s mandate is to manufacture risk adjusted returns, in keeping with its philosophy of “we buy what we can build.” Catalyst’s Guiding Principles of investment excellence through superior analytics, attention to detail, intellectual curiosity, team and reputation are key to the firm’s success. The Catalyst team collectively possesses more than 110 years of experience in restructuring, credit markets and merchant and investment banking in both Canada and the United States.
For further information: MEDIA ENQUIRIES: Daniel Tisch, Argyle Public Relationships, Direct: (416) 968-7311, ext. 223, dtisch@argylepr.com; INVESTOR ENQUIRIES: Ian Robertson, Kingsdale Shareholder Services, Direct: 416.867.2333, Cell: 647.621.2646, irobertson@kingsdaleshareholder.com