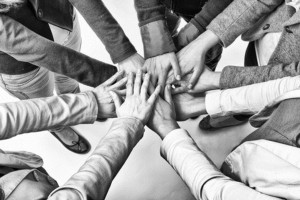 Catterton announced a merger Tuesday with European luxury conglomerate LVMH Group, which is combining its private equity and real estate arms with Catterton. The resulting firm will be known as L Catterton and is expected to eventually hold $12 billion in assets under management.

The merger will expand the scope of Catterton’s strategy, which has been primarily focused on consumer deals in North America and, more recently, Latin America. The union will also help the firm expand into Europe and Asia.

“The globalization of media and technology, combined with increasingly permeable borders, is driving rapid consumer growth on an unprecedented global scale,” Catterton Managing Partner Scott Dahnke said in a statement.

Dahnke will be co-CEO of L Catterton along with J. Michael Chu, currently a managing partners at Catterton.

The deal would have LVMH Group and Groupe Arnault combine their private equity and real estate arms — called L Capital and L Real Estate — with Catterton.

L Catterton will be 60 percent owned by the partners of L Catterton and 40 percent jointly owned by LVMH and Groupe Arnault, the family holding company of Bernard Arnault, chairman and chief executive officer of LVMH.

A Catterton spokeswoman declined to provide details of the transaction beyond the press release.

Catterton’s fundraising efforts that were in motion before the deal was announced are expected to move forward. The firm is raising its third growth-focused fund targeting $450 million, Buyouts previously reported. LPs also expected Catterton to launch its eighth flagship fund last year. It’s not clear if that fund has launched. Those funds will fall under the partnership’s new name, L Catterton.

The prepared statement said L Catterton’s assets under management will total $12 billion after the closure of “various successor funds.”

Also, Catterton said: “Each fund will continue to be managed by its own dedicated team in their respective locations across Europe, Asia and the Americas.”

L Capital was formed in 2001 and launched an Asia business in 2009. It targets investments in home and family equipment, personal equipment, retail and beauty and well-being.

The merger is expected to close in early 2016 subject to regulatory and certain investor approvals.