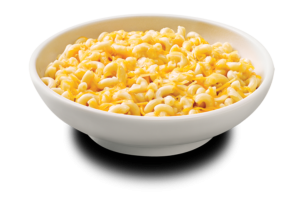 Catterton’s seventh buyout fund had a $1.5 billion hard cap that was raised to $1.6 billion. The growth fund was originally seeking $300 million, peHUB has reported.

The fundraising is notable since it has been several years since Catterton’s raised its last buyout pool. Catterton Partners VI LP collected $1 billion in 2006. The PE firm was expected to begin marketing in 2008 for its seventh buyout fund. Catterton, faced with a dismal fundraising environment, chose to raise a “top off” fund, with $200 million in additional capital, in 2009. In 2008, Catterton also raised its first growth equity pool, which came in at $316 million.

The fundraising market has improved but is still hard for many GPs. The sector this year will likely exceed $400 billion in global fundraising for the first time since 2008, according to Preqin.

Catterton spent a year fundraising for the buyout fund, a source says. LPs are more selective and there is much focus on a firm’s ability to add value, the person said. Catterton viewed the increased rigor as a positive, the source said.

“Catterton Partners has a highly experienced team with a track record for superior performance through multiple economic cycles,” said Scott Rooth, executive partner of PPM America Capital Partners, which has invested in six of Catterton’s funds.

Catterton has found recent success with the IPO market. In July, Noodles went public, raising $96.4 million. The casual dining chain, which soared 104% in its first day, was the year’s first restaurant IPO. Catterton owned roughly half of Noodles at the time of the IPO, according to SEC filings, and has not sold shares. Before Noodles, the last restaurant IPO was Bloomin’ Brands, which went public in August 2012 and rose nearly 12%. Catterton, along with Bain, were investors.

Restoration Hardware, which sells housewares, also went public late last year. The IPO soared 30% in its first day, according to The Wall Street Journal. Catterton owned a 30% stake in the company, according to press reports.

(The original headline on this story was changed. We took out the time reference to avoid the implication that the firm had difficulty raising its funds.)