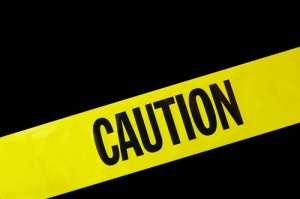 The three IPOs compare to just two IPOs during the preceding 18 months. In addition, seasoned BDCs continue to rack up record add-on equity offerings with one company raising over $400 million the week of Nov. 5 alone. Big-name private equity groups have also jumped on this band wagon by raising billions of dollars in capital for their middle market lending operations through private BDCs. Both retail and institutional investors seem to be clamoring for the product, so it begs the question—why?

The answer is actually quite simple. Investors are simply looking wherever they can to find a meaningful return on their capital. In today’s low interest rate environment, with almost every type of debt instrument, from Treasuries to bonds to high yield, at historical low yields, BDCs continue to churn out dividends in excess of 8 percent. A remarkable feat when you consider the alternatives.

But while investors now clamor for these stocks, managers of BDCs are forced to deploy the capital at sufficient yields to be able to deliver the expected 8 percent dividend. We’ve previously bemoaned the lower-than-expected middle-market loan volume and, while the fourth quarter is sure to show some pick up, lenders continually call us seeking out opportunities to lend their capital.

We previously wrote that these alternative lenders, like hedge funds and credit opportunity funds, have little room to lend at lower interest rates despite increased competition. With regulations restricting their leverage to 1 to 1, and overhead that needs to be fed, issuing debt below 9 percent continues to seem problematic for these groups.

So we are seeing more lenders loosen up their standards by increasing leverage and negotiating terms. While many of us still remember just a few years ago when lenders were requiring private equity groups to pony up equity in amounts close to 50 percent of a company’s capital structure, that number rarely is higher than 35-40 percent today and often goes to 30-35 percent (and below) for quality deals. This translates to 5.5x leverage for companies with enterprise values of 8.0x, a debt multiple that could well have been the total enterprise value not that long ago. And let’s not forget that these multiples are often applied to a company’s peak earnings, which have cycled up considerably from earnings of just a few short years ago.

BDCs, as well as hedge funds, credit opportunity funds, and every other type of lender are also  trying to deploy capital by becoming increasingly flexible on terms with prepayment penalties, amortization, equity cures and, yes, even covenants becoming negotiable. The current middle-market lending environment clearly rivals, if not exceeds, the lofty days of 2007, and many private equity firms are taking advantage of these times by paying a little more for an acquisition (the low cost debt offsets the higher purchase price), completing dividend recaps, or simply refinancing existing indebtedness to lock in these great terms.

It’s hard to argue that all this capital coming in to the middle market isn’t beneficial. It wasn’t that long ago that these companies had to restrict their growth due to the lack of available debt. And M&A activity, although not at the level expected, would certainly diminish if the cost of debt increased or leverage decreased.

But you just can’t stop wondering whether this is becoming too much of a good thing. While investors should be cautious when seeking out yield and continuing to plow capital in to BDCs and other lending vehicles, and while lenders need to remain prudent as they race to deploy this new capital, don’t borrowers also have a responsibility to say, “just because it’s available, doesn’t mean we have to take it.”

For the last two quarters, we’ve seen year-over-year revenue growth rates for many companies starting to decline, and many are now showing revenue growing faster than earnings. It’s anybody’s guess what 2013 will bring, but companies never fail because they have too little debt.