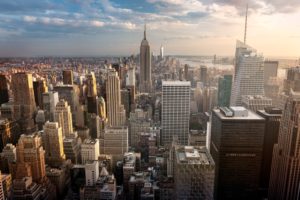 After about two decades at CCMP Capital, Ryan Anderson has left the private equity firm as a senior member of the healthcare team, PE Hub has learned.

Anderson’s future plans are not clear. He most recently worked as a managing director in the New York office of CCMP, according to his LinkedIn profile.

Anderson was first employed by CCMP and its predecessor entity in 2000, his LinkedIn page said. CCMP, with offices in New York and Houston, was launched in 2006 as a spinout from JPMorgan Partners. Anderson previously worked in the M&A group at JPMorgan.

With a focus on healthcare investments, the former CCMP investor held board memberships at portfolio companies including LHP Hospital Group and Medpace Holdings.

The firm has invested nearly $2 billion in healthcare companies over 30 years, according to the CCMP website.

Its most recent healthcare investment was more than two years ago, when CCMP agreed to buy Eating Recovery Center from Lee Equity Partners. Financial terms weren’t disclosed, but the transaction was valued at $550 million to $600 million, people familiar with the matter told PE Hub at the time.

The investment in ERC, a provider of treatment for individuals with eating disorders, was made through CCMP’s latest buyout and growth equity fund, CCMP Capital Investors III. The fund closed on $3.6 billion in 2014.

Current healthcare investments made through CCMP II include LHP Hospital Group and Medpace.

CCMP, which specializes in middle market buyouts and growth equity investments of $100 million to $500 million, invests across the consumer, industrial and healthcare industries.

Its most recent platform investment was nearly a year ago, having agreed to buy BGIS, a facilities management company, for about $1 billion.

CCMP declined to comment. Anderson could not be reached.