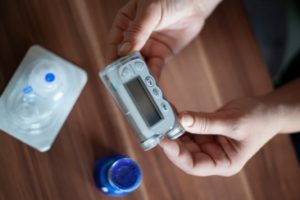 CCS Medical, a provider of home-delivered supplies that help manage diabetes, is seeking a buyer about a decade after emerging from bankruptcy, according to four sources familiar with the process.

Cantor Fitzgerald is advising on the sale process for CCS, the sources said. CCS’s largest shareholders are funds managed by Dallas-headquartered Highland Capital Management, a global alternative investment firm that itself filed for Chapter 11 bankruptcy in October.

A final bid date for CCS is scheduled in about two weeks, one of the people said, noting that fireside chats occurred as early as January during the JP Morgan Healthcare Conference in San Francisco.

CCS posts EBITDA of approximately $60 million, but when accounting for capital expenditure, its adjusted, run-rate cash flow is about $25 million to $30 million, two of the people said. Bidders are valuing the company off of EBITDA less capital expenditures, sources said.

Should the auction result in a transaction, sources said CCS ought to generate a low double-digit EBITDA multiple in the 10x to 12x zip code. Based upon that range, a deal could be valued between $250 million and $360 million.

Warburg Pincus in October 2005 bought CCS Medical from KRG Capital Partners for approximately $360 million, merging it with MP TotalCare, which it bought from Charterhouse Group for about $270 million. The company filed for Chapter 11 bankruptcy in July 2009 amid a weakening economy and reimbursement reductions.

CCS has historically been cash flow challenged – in part because of its model of renting out medical supplies – making it a tough leveraged buyout candidate for private equity, one person said. That said, the company seemingly has a limited buyer pool.

AdaptHealth, for its part, became a publicly traded company in July, when a Deerfield Management-sponsored special purpose acquisition company acquired the distributor of home medical equipment.

It’s also possible that whoever ends up acquiring CCS could eventually look to buy Solara – if and when Linden decides to exit its less than two-year-old investment, one source said.

Within 12 months of its June 2018 investment, Chicago’s Linden recapitalized Solara off of approximately $40 million of EBITDA, one of the sources noted.

Solara, which unlike CCS does not rent out its diabetic devices, is also considered the largest provider of continuous glucose monitors for diabetes management, an area of the market sources said is growing rapidly.

Distributors of CGMs are seeing explosive growth as the market shifts away from diabetes test strips, sources said, pointing to the tremendous performance of publicly traded players such as DexCom. The maker of CGMs has seen its shares soar nearly 100 percent over the last 12 months, proving as an additional growth lever to companies like CCS and Solara, one source said.

In related activity, a smaller player in the sector, Pinnacle Medical Systems, kicked off a sale process in late 2019 via Lincoln International, two of the sources said.

Pinnacle, a portfolio company of the FSB Companies, generates EBITDA of approximately $10 million and was seeking a multiple of at least 12x EBITDA, one of the people said. It is unclear if the process is ongoing.