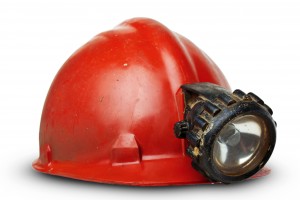 CD Capital has drawn in $233 million in commitments for CD Capital Natural Resources Fund III, which is targeting $400 million, according to a filing.

The London-based private equity firm founded in 2006 by mining deal-maker Carmel Daniele. Along with Daniele, executives for Fund III include Roger Hanson and Tammy Seymour, according to a filing. The fund lists a date of first sale of December 19, 2014.

The firm has been active on the deal front, buying stakes in mining operations in Poland and Ecuador this year.

CD Capital’s previous fund, CD Capital Natural Resources Fund II, closed on $255 million in 2013 after raising its cap, according to a statement from the firm at the time. Performance information for Fund II was unavailable.

Daniele is CEO and chief investment officer of CD Capital. She was previosly senior investment advisor for RAB Capital Holdings Ltd’s Special Situations Fund, which focused on mining investments, according to a press release.

Daniele also worked on cross-border mergers during her 10 years at Newmont Mining. She helped structure the $24 billion, three-way merger between Franco-Nevada, Newmont and Normandy Mining to create the largest gold producer in the world in 2002 by outbidding South Africa’s AngloGold, according to reports.

In a 2011 interview with American Business Journal, Daniele said CD Capital leverages its relationships with mining entrepreneurs. “These mining entrepreneurs need us for more than just capital,” she told ABJ. “We help them with exit strategies, in some cases putting a management team together and with finding deal flow that we can reverse into their company.”

In 2015, Daniele became an independent director of Lundin Gold Inc, as well as a non-executive director of Prairie Mining Ltd.

In September, Prairie Mining shareholders approved the investment of up $61 million in the company by CD Capital to produce a feasibility study for developing the Lublin Coal Project in Poland, according to reports.

Last January, CD Capital invested about $29 million in Aurelian Resources Inc, a subsidiary of Vancouver-based Lundin Gold that owns the Fruta del Norte gold project in Ecuador, according to a press release.

Action Item: CD Capital can be reached at: IR@cd‐capital.com