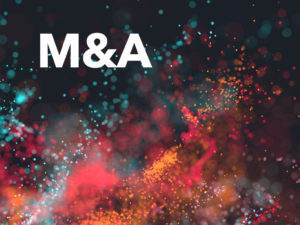 St. Mary’s Cement, a Canadian affiliate of Brazil’s Votorantim Cimentos, has agreed to combine its assets with those of Montreal-based McInnis Cement to form a new business to make, distribute and sell cement in North America. Terms were not disclosed. Votorantim will own 83 percent of the shares of the joint venture, while Caisse de dépôt et placement du Québec will hold 17 percent. CDPQ acquired a controlling interest in McInnis in 2016.

St. Marys Cement Inc. (Canada), a wholly owned subsidiary of Votorantim Cimentos, and McInnis Cement Inc. today announced that they will combine their assets to create a combined entity to manufacture, distribute and sell cement in Canada and the United States. The joint venture will be owned by Votorantim Cimentos International (VCI), the international investments platform and wholly owned subsidiary of Votorantim Cimentos S.A., the sixth largest cement producer in the world, and Caisse de dépôt et placement du Québec (CDPQ), a long-term institutional investor, through its investment in McInnis Holding Limited Partnership (McInnis Holding).

The business combination is expected to significantly strengthen the strategic positioning of the combined operations through increased cement production capacity, operational efficiencies and an enhanced distribution network.

Votorantim Cimentos International will hold 83% and CDPQ will hold 17% of the shares in the joint venture. Both parties will transfer North American assets to the combined entity. The Votorantim Cimentos assets are primarily cement plants located in Bowmanville and St. Marys, in Canada, and in Detroit and Charlevoix, Michigan, and Dixon, Illinois, in the United States, along with its extensive distribution network concentrated in the Great Lakes region. The McInnis Cement assets include the Port-Daniel–Gascons plant with all of its terminals located in Quebec, Ontario, New Brunswick, Nova Scotia and the Northeastern region of the United States, as well as its maritime operations.

“The creation of this combined entity allows us to partner with a world-class player with an established presence – and strong track record of profitability – in North America to operate the McInnis Cement plant in Port-Daniel–Gascons, one of the most modern and efficient facilities in the region. This partnership will enable the Port-Daniel–Gascons plant to benefit from Votorantim Cimentos’ production, distribution and operational expertise to develop important markets, particularly in Eastern Canada, the Great Lakes region and the Northeastern Coast of the United States to meet the growing demand for cement”, said Kim Thomassin, CDPQ’s Executive Vice-President and Head of Investments in Quebec and Stewardship Investing.

“This transaction is aligned with Votorantim Cimentos’ portfolio management strategy, prioritizing investments in markets in which we already operate and enabling geographic expansion in locations with attractive growth prospects. McInnis Cement’s state-of-the-art plant and distribution network enable an efficient cost position in an attractive region, with access to new markets and lots of opportunities”, said Marcelo Castelli, Global CEO of Votorantim Cimentos.

“We are excited about the prospects for Votorantim Cimentos in North America through this joint venture, and very much welcome the partnership with CDPQ, a leading institutional investor that shares our long-term approach to investing and our commitment to sustainable and best-in-class business practices”, said João Schmidt, CEO of Votorantim S.A., the controlling shareholder of Votorantim Cimentos.

With a growing demand for the development of critical infrastructure throughout North America – and an emphasis on new large-scale projects to drive the economic recovery– the market outlook for cement remains positive. McInnis Cement’s 2.2-million-tonne annual capacity plant in Port-Daniel–Gascons, Canada is the first new plant built to serve Eastern Canada, the Northeastern U.S. and the Great Lakes region in more than 50 years – complementing St. Marys Cement’s longstanding presence in the region. McInnis Cement has constructed a deep-water marine terminal, adjacent to the plant, and operates three marine vessels and a distribution network consisting of 10 terminals (marine, rail and truck) strategically located in the U.S. and Canada.

Commitment to Sustainability and the Port-Daniel–Gascons region
Votorantim Cimentos and McInnis Cement both bring a deep commitment to employing the latest technology to drive sustainable business practices and support the local communities where they have operations. As part of the agreement on this joint venture, the parties have committed to maintaining jobs and facilities at the Port-Daniel–Gascons plant until at least 2029. Additionally, the combined entity will deploy initiatives at the Port-Daniel–Gascons plant to support carbon footprint reduction in the cement industry and will work closely with leading experts and local stakeholders to ensure that these activities benefit the region.

Votorantim Cimentos manages the impacts of its operations and works to make them increasingly sustainable. From 1990 to 2019, Votorantim Cimentos reduced its CO2 emissions per tonne of cement by 23%. Recently, the company approved its Sustainability Commitments for 2030 with clear targets in seven areas: to reduce its environmental footprint, promote a more circular economy, co-create sustainable solutions, operate with integrity and transparency, promote a diverse and inclusive environment, share value with its communities, and promote safety, health and well-being. Votorantim Cimentos’ vision is to achieve carbon neutrality in concrete by 2050.

Established Presence in North America with Market Leading Position
Founded in 1933, Votorantim Cimentos is a global company operating in building materials, mining, agricultural lime, co-processing and waste management. With 256 industrial sites worldwide, the company has an installed cement capacity of 52.8 million tonnes. Votorantim Cimentos’ presence in North America began in 2001 with the acquisition of St. Marys Cement, a Canadian company founded in 1912 in the Town of St. Marys, Ontario. Through its integrated cement plants in St. Marys and Bowmanville, Ontario, and Detroit and Charlevoix, Michigan, St. Marys Cement currently serves Canadian and U.S. customers in the Great Lakes region. With a production capacity of 5.2 million tonnes, St. Marys Cement participated in such landmark projects as the CN Tower, Roy Thompson Hall, Maple Leaf Gardens and the Darlington Nuclear Station, as well as countless other engineering, civic and residential projects that significantly contributed to the growth and prosperity of Canada.

The transaction remains subject to customary closing conditions, including approval by regulatory authorities in Brazil, Canada and the United States. The two companies will continue to operate as separate businesses pending the closing of the transaction.

ABOUT VOTORANTIM CIMENTOS
Votorantim Cimentos is one of the largest global companies in the industry. Its building materials portfolio includes not only cement but also concrete, mortars and aggregates. The Company also has businesses in the areas of agricultural lime, waste management and co-processing. In addition to Brazil, Votorantim Cimentos’ administrative and operations locations are strategically located in proximity to the most important growing consumer markets in ten countries including, Argentina, Bolivia, Canada, Luxembourg, Morocco, Tunisia, Turkey, Spain, the United States, and Uruguay. More information at www.votorantimcimentos.com.