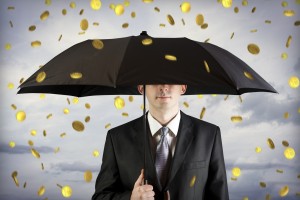 New York-based CD&R has a $5 billion target for the fund, persons says. CD&R sent out private placement memos in February, one source says.

However, one placement agent says the PE firm is “moving into full formal launch this month,” the person says. CD&R will begin speaking to all investors, not just pre-existing, the source says.

Bloomberg News, in November, reported that CD&R would target $5 billion with its ninth fund. CD&R will provide at least $250 million in GP commitment to fund IX, Private Equity International reported this week.

Founded in 1978, CD&R invests in several industries including consumer, retail, industrial and distribution. The firm’s most recent exit occurred in February when Cardinal Health said it would buy AssuraMed for $2.07 billion, including $1.3 billion in debt. CD&R and GS Capital acquired AssuraMed, which was known as HGI Holding, in October 2010. The investment came from CD&R fund VIII. The transaction was valued at $850 million, according to news reports from that time. CD&R and GS Capital contributed combined $433 million equity at the time, according to Moody’s Investors Service.

CD&R and GS Capital received some of their equity back in October when AssuraMed raised $760 million in new loans. The company used the debt to pay a dividend to its sponsors and refinance existing debt, Moody’s said.

It’s unclear how CD&R did on AssuraMed but the transaction was notable, peHUB has learned.

Another exit occurred last year. In July, CD&R sold its entire remaining stake in Sally Beauty. The PE firm made 3.4x its money on Sally Beauty which generated a 26% IRR, peHUB has reported. However, CD&R made the investment in Sally from its seventh fund, which raised $4 billion in 2006.

CD&R, in October 2011, also sold Diversey Holdings in a deal valued at $4.3 billion. The deal produced a roughly 60% IRR for CD&R and a 2.5x cash-on-cash return, peHUB reported at the time. Diversey Holdings came from CD&R’s fund VIII.