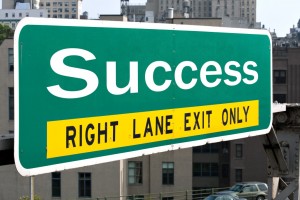 Madison Dearborn Partners and Providence Equity Partners may get some of their money back when CDW goes public.

The Vernon Hills, Ill.-based technology products retailer filed last week with the SEC to raise as much as $500 million in an IPO. J.P Morgan is lead book runner on the deal. Other underwriters include Barclays, Goldman Sachs, Deutche Bank and Morgan Stanley, the regulatory filing says.

CDW did not state how many shares it would sell in the IPO or their price range. The company did disclose that it plans to trade under the ticker ”CDW” but not on what exchange. All of this information will likely come in future filings.

This won’t be the first time CDW will be a public company. The company traded on the Nasdaq from 1993 to October 2007, when it was acquired by MDP and Providence Equity in a deal valued at $7.3 billion. The sponsors invested $2.1 billion equity in the transaction, according to a May 2012 prospectus.

CDW is one of the largest computer resellers in the United States, selling products such as notebooks, tablets and printers to businesses and government organizations, Reuters reported.

It’s not clear how much of the company Madison Dearborn and Providence Equity plan to sell in the IPO. The sponsors will continue to own a majority of CDW common stock after the IPO, the filing says. Private equity firms typically don’t use an IPO to cash out of their holdings. If they do sell, it’s a small chunk. Usually, buyout shops wait for secondary offerings to cash out. Madison Dearborn owns 49.5% of CDW while Providence has nearly 44%, the prospectus says. Providence’s investment came from its sixth fund, which collected $12.1 billion in 2007. Madison Dearborn used its fifth fund, which closed at $6.5 billion in 2006, to invest in CDW.

It’s not clear if CDW has paid out any dividends since being sold to MDP and Providence. CDW reported $10.1 billion in net sales in 2012 while net income was $119 million. Adjusted EBITDA was $767 million, the SEC filing says. Long-term debt for the company dropped nearly 14% to $3.7 billion as of December from $4.3 billion two years before.

The IPO comes as Providence Equity is out fundraising for its latest fund. Providence has until June 30 to complete marketing for its seventh fund, which is looking to collect $5 billion. Madison Dearborn, meanwhile, doesn’t appear to be fundraising. The firm’s last pool, Madison Dearborn Capital Partners VI L.P., collected $4.1 billion in 2010. The fund was reportedly expected to be 58% invested by the end of 2012.