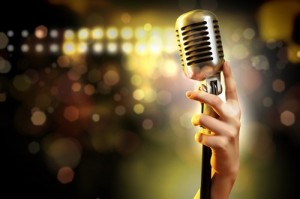 NEW YORK, June 3, 2013 /CNW/ – Cellfish, a leading mobile and social application publisher, today announces it acquired the digital advertising platform ToneMedia, which comScore recently ranked as the No. 3 cross-platform music property in the U.S and the No. 1 mobile property in music. This acquisition gives Cellfish advanced advertising capabilities across its properties, which include the popular concert discovery application Bandsintown, and Google Play Top Developer Cellfish Studios. ToneMedia’s exclusive ad platform connects music preferences with consumer buying habits, providing sophisticated, multi-level engagement for advertisers and marketers across the web and mobile.

“Cellfish has built its reputation on publishing innovative mobile and social apps for sports, music and entertainment fans,” said Fabrice Sergent, Cellfish CEO. “Our revenues have primarily been generated from selling content, and with the addition of ToneMedia, we gain the scale and content distribution capabilities to monetize through advertising.”

ToneMedia was built around the most searched category on the web – music content and song lyrics – to pinpoint the buying interests of highly engaged consumers, giving advertisers a hyper targeted solution to reach the right audiences. The company works with over 50 hand-picked publishers with a combined global reach of 120 million music fans monthly, including 55 million in the U.S.

“I’m looking forward to joining Fabrice and the talented Cellfish team,” said Val Katayev, ToneMedia Founder and CEO. “By marrying our extensive reach with Cellfish’s publishing expertise across mobile and social, we are excited to create stronger offerings for brands, promoters and all advertisers looking to engage their consumers in an accountable and meaningful way, leveraging the power of music.”

Val Katayev will remain CEO of ToneMedia, which will operate as the advertising division within Cellfish, reporting to Sergent. Cellfish will retain all ToneMedia staff and will continue to operate their New York, Los Angeles and Manhasset offices.

This is Cellfish’s third acquisition since its founding in 2004. In Sept. 2011, Cellfish acquired Bandsintown, the leading concert discovery app on Facebook and smartphones. In Oct. 2010, Cellfish acquired mobile application publisher Airborne Mobile. ToneMedia also brings Sergent back into the world of digital advertising; in 1994 he founded one of the first web agencies in France, Studio Grolier, and then launched Club-Internet, one of the first consumer Internet Service Providers ever launched in France. Club-Internet was purchased by Deutsche Telecom’s T-Online for 1.2 B€, a landmark deal in the European new media space for its time. From 2001 to 2006, Sergent served as the CEO of Lagardere Active Broadband, the digital arm of Lagardere Group, and while there launched Cellfish in New York.

About Cellfish
Cellfish is a leading publisher of mobile and social applications for music, sports and entertainment fans. Cellfish brings together the very best in original and licensed content and applications, distributed through its own marketing network, as well as through partnerships with the leading operators, media companies and app stores. The company employs a team of 220 skilled professionals with offices in San Diego, Montreal, Paris, and Dusseldorf with headquarters in New York City. Cellfish is partly owned by its management and institutional investors such as La Caisse de depot et placement du Quebec, Fonds de solidarite FTQ and Lagardere. Please visit Cellfish.com or follow on Twitter @Cellfish or facebook.com/Cellfish.

About ToneMedia
ToneMedia connects leading advertisers with consumers through the power of music content. Using its proprietary data analytics, targeted content is delivered to consumers who visit ToneMedia sites through the most searched category on the web – music and lyrics. Through its 50-plus content publishers, ToneMedia reaches 55 million unique monthly visitors in the U.S., including 40 percent of all 18-34 year olds. Covering all musical interests and genres, ToneMedia analyzes and monetizes music content by matching buying behavior to musical tastes. To make this connection, ToneMedia taps into its comprehensive database of active brand consumers and examines their habits across the digital landscape to deliver the most targeted, compelling content. Please visit www.tonemedia.com.