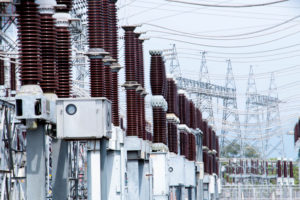 The need to upgrade the aging US grid, harden it against severe weather patterns and diversify sources of power are some of the factors driving up private equity investments in companies that provide products and services for utilities, Centerbridge Partners’ senior managing director Steven Silver told PE Hub.

In the US, the majority of the grid is aging, with some components over a century old – far past their 50-year life expectancy – and others, including 70 percent of transmission and distribution lines, well into the second half of their lifespans, noted a report produced by the American Society of Civil Engineers last year.

“The sector has attractive macro tailwinds, which are based on a consistency of demand that we can project out in the future because of an under-invested US power grid,” said Silver, who is also Centerbridge’s global co-head of private equity. “Demand is also high with respect to the need for more infrastructure to support renewables, energy storage, and electric vehicle charging.”

The rapid development of renewable energy from sources such as solar and wind has created a need to upgrade the grid, which was mainly targeting traditional energy, to handle both sources. Renewable energy sources do not produce energy all the time and they need redundant power infrastructure, Silver said.

“The increased penetration of wind and solar generation is going to require a significant investment in transmission and distribution infrastructure because these power sources are generally in more diffuse locations and require redundant power structures to be built around them because they do not continually produce energy,” Silver said.

Severe weather (hurricanes and snowstorms, among others) has created pain points for the national grid. Silver said Centerbridge is picking up opportunities in efforts that are meant to harden and create more resilience. “If the grid is updated with modern technology and stronger technology to deliver power into households, including from alternate sources of power, it will have more resiliency against power outages and in the face of extreme weather events,” he said.

The Centerbridge senior managing director said that in the process of finding the right company the firm was satisfied with MacLean’s outlook, management team, expertise, and experience manufacturing superior products.

The current macroeconomic environment is posing a challenge to many investors. However Silver described it as a short-term challenge that will not impede Centerbridge’s long-term plans with MacLean.

“This is a much longer-term investment, and utilities plan out many years in advance what their needs are going to be,” he said. “I think the macro tailwind that we are talking about will outlast the macro-economic slowdown that we are likely at the beginning of right now.”

Turning to growth, Silver said Centerbridge will focus on organic and inorganic means to scale MacLean. “There are multiple levers that we can apply to drive the company’s growth and enhance value creation,” he added.