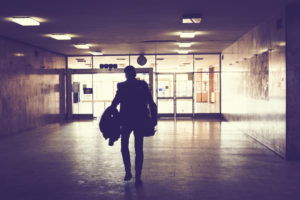 Centerbridge Partners has walked away from a potential transaction with GoHealth, which helps individuals shop for healthcare insurance, according to people familiar with the matter.

A deal was expected to value Chicago’s GoHealth around or just south of $1.5 billion; however, the New York private equity firm ultimately pulled back due to issues around price, the people said. Terms could be renegotiated with Centerbridge, one person said. GoHealth may also reach back out to strategic bidders, two of the people suggested.

Centerbridge in late June was reportedly in discussions to buy managed-care provider Magellan Health, of Scottsdale, Arizona. A potential transaction for the activist-pressured company could be valued at $1.6 billion, the Wall Street Journal said.

Buyouts reported in early July that GoHealth, backed by Norwest Equity Partners about seven years ago, was in the late stages of a sales process.

GoHealth, founded in 2001 by CEO Clint Jones and Brandon Cruz, acts as an online exchange for individuals, families and businesses to compare and select the most affordable health insurance coverage for their needs. The company’s more than 10,000 licensed insurance benefits advisers use proprietary software to consult with and enroll consumers in insurance policies by phone or online at no cost. While its core market is Medicare insurance for seniors, GoHealth also helps small businesses chose benefits for employee groups, among other offerings.

GoHealth has grown rapidly but has a complex financial profile. While the company expects to report 2019 GAAP Ebitda of some $125 million, it generates negative cash flow, some of the people said. Customer acquisition costs offset first-year commissions for policies that are sold, accounting for this gap, one of the people explained.

In other words, while GoHealth gets paid for its first-year commissions right away, the company is booking Ebitda based upon the assumption that customers renew policies for a certain number of years once they commit to a plan.

Regulatory risks relating to patient deductibles and discounts that could be restructured by the government add further risk, another person noted.

While it remains unclear if strategic buyers will reengage with GoHealth, sources previously said the pool of bidders could range from large insurance brokers the likes of Aon to consulting firms such as Mercer.

Strategics may be more comfortable with GoHealth’s cash flow issues, some of the people said.

GoHealth operates a business model similar to Tranzact, which Clayton, Dubilier & Rice sold to Willis Towers Watson in a $1.3 billion all cash deal that closed a week ago.

In connection with the transaction, CD&R generated a gross multiple of 3.2x and gross IRR of 47 percent, a source familiar with the situation told Buyouts.

Meanwhile, Health Insurance Innovations—which focuses on short-term medical but recently expanded into the Medicare Advantage market—announced July 26 that it had commenced a process to explore strategic alternatives, including a potential sale of the company.

Another relevant player is publicly traded eHealth, the parent of eHealthInsurance.com.

Representatives of Centerbridge, GoHealth, William Blair and Norwest did not return requests for comment.