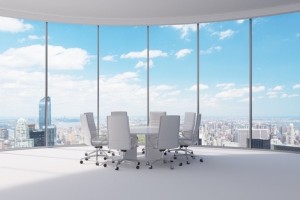 CenterGate Capital, recently formed by former H.I.G. Capital executives to invest in lower middle-market companies, is in the market with its debut fund targeting $300 million, according to two people with knowledge of the fundraising.

It’s not clear exactly when CenterGate launched as a firm.

CenterGate is led by Managing Directors Tiffany Kosch and Stenning Schueppert, both of whom worked at H.I.G. Capital earlier in their careers. CenterGate recently brought on another H.I.G. veteran, Lewis Schoenwetter, as a managing director. Schoenwetter left H.I.G. earlier this year.

Fund I is targeting $300 million with a $350 million hard cap, according to one of the people, an LP who has heard the fundraising pitch. The fund will target investments in U.S. companies with revenue of $20 million to $250 million, according to the firm’s website.

In February, the firm announced the acquisition of Marketplace Holdings LLC, which conducts business as The Oil & Gas Asset Clearinghouse, according to CenterGate’s website. The company is an oil and gas acquisition and divestiture advisory firm, the website said.

Schueppert most recently was a senior vice president of strategy and corporate development at Total Safety, a former H.I.G. portfolio company focused on energy and industrial worker safety. Schueppert worked at H.I.G. earlier in this career.

Schoenwetter started at H.I.G. in 2003. He worked as a managing director making control investments until 2012, then took over the direct lending business under the Whitehorse brand. He also was chairman of the investment committee of Whitehorse.

CenterGate’s new hires this year include Principal Tim Liu, who joined fromPlatinum Equity, where he was a vice president, and Vice President Paul Langley, who joined from High Road Capital Partners.