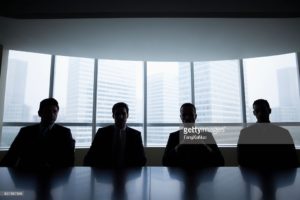 How much value do operating partners add to portfolio companies? Not much, according to a survey of CEOs and executives.

Only a fifth (20 percent) of CEOs questioned by Blue Ridge Partners expect operating partners to add “significant” value when dealing with operational challenges this year. Roughly, half of CEOs said OPs would add “some value” while 25 percent said the executives would add “little” value.

Operating partners were much more positive about the value they provide. Nearly 70 percent of them expect to add significant value to operating challenges this year, while 25 percent think they will provide some.

“There is quite a difference between how operating partners thought they were perceived and how they actually are perceived,” said Jim Corey, co-founder and managing partner of Blue Ridge, a management consulting firm that that has worked with more than 100 PE firms.

“In almost every question, the CEOs thought more negatively about the operating partners.”

Blue Ridge asked the executives to place a price on the value operating partners provide as a multiple of their assumed cost. The results revealed a significant disparity.

Such a difference could be due to the operating partners envisioning the value they created as Ebitda times the multiple, while CEOs think of it as just the Ebitda, Blue Ridge said.

Blue Ridge surveyed 102 executives (66 CEOs and 36 operating partners) in March and April to produce “The Unproductive Friction that Sits Between CEOs and Operating Partners.”

The McLean, Virginia, firm noted that most CEOs have little or no experience working with operating partners. This can lead to mistrust, miscommunication, competitiveness and misalignment, Blue Ridge said. Read the survey here.

Surprisingly, the survey found that CEOs and operating partners were very aligned when it comes to business priorities.

A majority of CEOs and OPs picked “organic revenue growth” as the top challenge for 2018 and 2019. M&A diligence/integration came in second, while talent upgrades placed third. (More operating partners than CEOs picked this issue as most important.)

Blue Ridge questioned the CEOs who had positive experiences with their operating partners. The firm found that CEOs and operating partners who follow a set of principles and behaviors had better results, Corey said.

Another tip? Operating partners should not try to steal the spotlight.

OPs are there to coach and advise management so they can appear in control, Corey said. Management “is running the company. It undermines their role if the operating partners appear to be making priority decisions for the business.”