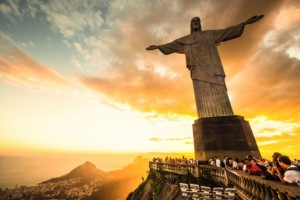 At the same time, the source said, Cerberus [CBS.UL] is considering a role in BTG Pactual’s effort to find a partner for fixed-line and mobile carrier Oi SA (OIBR3.SA), in which the bank-sponsored Caravelas investment vehicle holds an almost 8 percent voting stake.

The source, who requested anonymity to speak freely, declined to give a timetable for any decision on a potential investment.

New management at BTG Pactual’s management is rushing to sell stakeholdings, pools of loans and other assets to shore up cash levels and restore investor confidence following last week’s arrest of its founder, André Esteves.

Latin America’s largest independent investment bank had 40 billion reais ($10.6 billion) in cash in September and about 15 billion reais in liabilities maturing by year-end.

São Paulo-based BTG Pactual’s (BBTG11.SA) stake in Recovery could fetch up to 1.7 billion reais, depending on whether it includes a platform for pricing loans. A second source involved in the Recovery transaction said Cerberus could be a strong candidate for the asset.

Cerberus, which oversees about $25 billion in investments ranging from private equity to distressed debt and real estate, could also participate in a plan devised by BTG Pactual last year to merge Oi (OIBR4.SA) with rival TIM Participações SA (TIMP3.SA), the source said.

The tie-up with TIM, which is controlled by Telecom Italia (TLIT.MI), would create the Brazil’s No. 1 fixed-line, wireless and data carrier.

Besides being one of Oi’s biggest shareholders, BTG is advising the company on strategic alternatives, including talks with Russian billionaire Mikhail Fridman’s Letter One Investments. Letter One has pledged to invest $4 billion into Oi should the TIM tie-up materialize.

Cerberus representatives in New York did not immediately respond to requests for comment.

Since its creation in late 2008, BTG Pactual has invested an estimated 30 billion reais in companies from 13 different industries, ranging from energy and infrastructure to retailing.

Esteves stepped down from his role as chairman and chief executive officer on Sunday, following his arrest on Nov. 25.

Founding partners in BTG Pactual took control of the group from Esteves on Wednesday in an attempt to distance the bank from the most sweeping corruption investigation in the country’s history.

Units in BTG Pactual’s banking and buyout divisions, a blend of voting and non-voting shares, rose for the first day in a week, adding 1 percent to 20.19 reais. The stock, which has shed 32 percent since Esteves’ arrest, posted the smallest gains among Brazil’s listed financial companies, which as a group rallied 5.5 percent.

O Estado de S. Paulo said on Thursday that Esteves’ arrest might have slowed talks between BTG and Letter One, although an unnamed source at Oi told the newspaper that it did not. Oi did not have an immediate comment on the report.