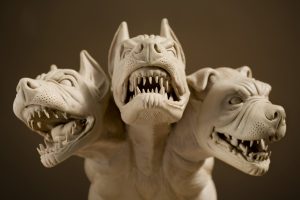 Cerberus Capital Management is nearing $3 billion for its flagship distressed debt and buyout pool, Cerberus Institutional Partners VI LP, after launching the effort in 2015, according to sources.

The fundraising effort is targeting $3.5 billion, with a $4 billion hard cap, as the New York firm led by Chief Executive Stephen Feinberg remains active on the deal front.

As a longtime LP for the firm, Pennsylvania Public School Employees’ Retirement System committed as much as $200 million to Cerberus Institutional Partners VI LP in June of last year, according to an investment memo from the pension fund.

The memo cited a meeting about the fund in March 2015, suggesting that the firm has been fundraising in some form at least since then.

Co-founded in 1992 by Feinberg, a veteran of Drexel Burnham Lambert, Cerberus raised $2.6 billion for its vintage 2012 fund, CIP V.

Both Fund V and Fund VI are smaller than the $7.5 billion the firm drew in for its vintage 2006 Cerberus Institutional  Partners LP (Series 4), its largest pool. That pre-crisis fund rang up an IRR of 8 percent for PSERS as of June 30, 2015. The performance is below the median of about 8.7 percent for that vintage year.

The firm ran into problems in the wake of the 2008 global financial crisis, with big bets on Chrysler and GMAC. But Cerberus has since rebounded.

While Cerberus has retooled to focus more on middle-market deals, it’s still pulled off some large transactions, such as its $9.2 billion acquisition of Safeway Inc, which closed in early 2015.

In April, Cerberus floated an estimated $8.8 billion in new bonds backed by the ex-Northern Rock mortgage portfolio called Granite and other assets. The offering, Towd Point Mortgage Funding 2016-GR1, ranked as the largest sale of asset-based debt in Europe since the financial crisis.

The firm takes its name from Greek mythology for the three-headed dog that guarded the entrance to Hades.

Correction: This story has been updated to correct the median return for private equity funds from the vintage year 2006, according to a Buyouts survey. The median IRR for that year is 8.7 percent, not 11.5 percent. And the story referred incorrectly to the performance of Cerberus’s investments in Chrysler and GMAC.