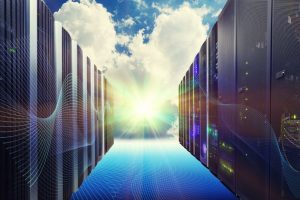 Charlesbank has put IT services provider Ensono on the block after a four-year hold, four sources familiar with the process told PE Hub.

M/C Partners, a minority investor in the company, is likely to sell its stake in Ensono as part of the potential deal, the people said.

The sale process is in the early stages and is expected to kick-off in a few weeks, the people said.

UBS is advising the company on the sale, the sources said.

Ensono, based in Downers Grove, Illinois, provides managed hosting and cloud infrastructure services to mid-sized enterprises. Its services include the hosting of client server, mainframe and cloud computing workloads, as well as database, storage and managed network services. Its clients include Sonoco, City&Guilds Group, Travelodge and Trustmark Companies.

Ensono generates around $175 million EBITDA, the people said. The sale is expected to value the company at around $2 billion, some of the sources said. Another source, part of the four, said that the company’s EBITDA is closer to $150 million and its sale is likely to fetch around $1.5 billion.

Charlesbank and M/C Partners initially invested in the company in July 2015, when they acquired Ensono from Acxiom Corporation, a publicly traded marketing and data services company.

At that time, Acxiom was expected to transact its IT managed services business for a total cash consideration of up to $190 million, according to the company’s announcement at that time.

Aside from Ensono, Charlesbank has other active investments in the infrastructure IT sector, such as HelpSystems, DoIT International, Park Place Technologies and Six Degrees.

The firm recently closed fundraising for its inaugural Technology Opportunities Fund. The fund, which had a $600 million target, received limited partner commitments in excess of its $700 million hard cap, the firm announced on Jan. 30.

According to Charlesbank, the fund will primarily invest in control-oriented transactions, seeking companies with a defensible business model and predictable financial profile with attractive unit economics.

The IT services and telecom spaces have seen recent M&A activity with valuation multiples ranging from high single digits to mid-20s EBITDA.

In December, PE Hub reported that Catalyst Investors and Sandler Capital Management were in the midst of a sale process for Xplornet Communications, a Canadian broadband provider. The company with $175 million EBITDA was expected to sell for at least $1.5 billion, sources told PE Hub at the time.

In September, the sale of EdgeConneX, a connectivity service provider backed by Providence Equity, was expected to fetch nearly $3 billion, or 24x its EBITDA, sources told PE Hub then.

Charlesbank, M/C Partners, and UBS did not return PE Hub’s requests for comment. Ensono declined to comment for the story.