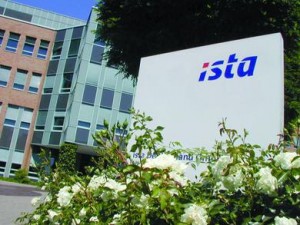 UK buyouts giant CVC Capital Partners has sold ista, an Essen-based company specialised in the submetering and billing of energy and water, to mid-market firm Charterhouse Capital Partners for €2.4bn.

Part of CVC’s portfolio since June 2003, ista increased its sales under private equity ownership from approximately €460m in 2002 to around €600m in 2006, and its share of international revenues grew from 27% to almost 50%, driven by a combination of organic growth, and domestic and international acquisitions. The company grew its staff numbers from 3,700 and 4,500 during the same time period.

Marc Strobel, senior managing director of CVC, said: “Ista is a highly attractive business, both for financial investors and for the stock market. It benefits from stable and predictable cash flows, high margins and healthy growth prospects. We strongly believe in ista’s future potential and trust in management’s capabilities. Therefore CVC funds intend to take a minority stake through reinvesting a part of the sale proceeds.”

Ista operates in 24 countries, including the US, Germany, China and Scandinavia, and meters and bills more than 12 million homes across the globe. It was founded in 1957 and was taken over by Viterra in 1999 before being acquired by CVC four years later. Viterra has since been acquired by Terra Firma-owned housing group DAIG for €7bn.

Walter Schmidt, CEO of ista, said: “We enjoyed working with CVC and highly appreciated their support for our international expansion strategy, including through our most recent acquisition of CIS in France. With Charterhouse we welcome a new investor with particular expertise in investing in business service companies, such as PHS and Autobar. Charterhouse is fully committed to endorse management’s plans and to provide further capital to assist in the expansion of the business.”

This is CVC’s first exit of the year following an acquisitive start to 2007 by the London-headquartered outfit. So far, CVC has completed the purchase of Fraikin, the French commercial vehicle rental company, from Eurzeo for €1.35bn, bought Matas, a personal care retail chain in Denmark, and CVC’s Asian business is set to acquire the paper and packaging businesses of Malaysian corporation Genting Berhad. The firm has also revealed it is in talks with Böhler-Uddeholm, a publicly-listed steel company, although the board recently announced it had rejected the takeover bid.