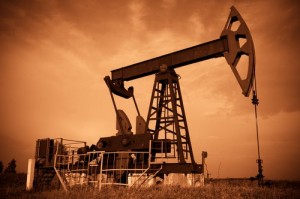 Vancouver-based Chevron Canada Ltd., subsidiary of U.S. oil and gas company Chevron Corp., recently agreed to purchase all interests from Alta Energy Luxembourg and affiliates in the Duvernay shale formation in west-central Alberta. While the acquisition price was not disclosed, one estimate places it at close to US$1 billion. Houston, Texas-based Alta Energy Partners has been backed by U.S. private equity firm Blackstone Group since 2011. Torys LLP represented Alta and Blackstone in the August 2013 transaction.

CALGARY, Aug. 1, 2013 /CNW/ – Chevron Canada Limited (CCL) announced today the signing of an agreement to acquire all interests from Alta Energy Luxembourg S.à.r.l. and affiliates in the Duvernay shale formation in west-central Alberta. The acquired interests cover 67,900 net acres. The purchase price was not disclosed.

“This agreement further strengthens our land position in the core part of this prospective wet shale gas play, where we have exploration leases totaling more than 250,000 acres,” said Jeff Lehrmann, Chevron Canada president.

Chevron Canada in the second half of 2011 commenced a multiwell exploration program for unconventional resources in the Duvernay formation. Initial production was achieved in 2012 on these 100-percent-owned and operated leases.

“To date, we have been encouraged by the reservoir data and production performance from our exploration drilling program on our Kaybob Duvernay leases,” said Lehrmann. “We are pleased to add to our acreage in this play as we advance our program to evaluate the potential for full-field commercial development.”

Some of the items discussed in this press release are forward-looking statements about Chevron Canada Limited. Words such as “agreement to acquire,” “anticipates,” “expects,” “intends,” “plans,” “targets,” “forecasts,” “projects,” “believes,” “seeks,” “schedules,” “estimates,” “budgets,” “outlook” and similar expressions are intended to identify such forward-looking statements. The
statements are based upon management’s current expectations, estimates and projections; are not guarantees of future performance or events; and are subject to certain risks, uncertainties and other factors, many of which are beyond the company’s control and are difficult to predict, such as closing conditions in the acquisition agreement. The reader should not place undue reliance on these forward-looking statements, which speak only as of the date of this press release. Unless legally required, Chevron undertakes no obligation to update publicly any forward-looking statements, whether as a result of new information, future events or otherwise.

For further information:
For more information about Chevron Canada, go to www.chevron.ca.