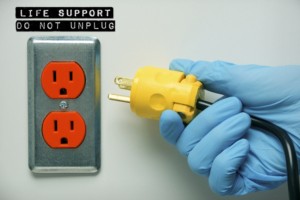 Chicago Growth Partners has decided to stop raising its third private equity fund and instead will pursue a different structure to invest capital in small growth companies, according to a memo the firm sent to limited partners.

Chicago Growth launched fundraising on Fund III last year and got more than halfway to its target, even holding two closings, according to the memo, which was seen by peHUB. Many existing investors and some new limited partners committed to the fund, the firm said. The firm had been targeting between $400 million to $500 million for Chicago Growth Partners III, peHUB reported last year.

“With a good pipeline of interested investors, we expected to complete fundraising in 2014,” the firm said in the memo.

This year, however, the firm took a step back, “reflecting” on its goals as an organization and as individuals in the dealmaking, regulatory and LP relationship environment, the memo said.

“After much consideration, we have decided to discontinue our fundraising efforts for CGP III and embark on a different path,” the firm said.

“Our partners are not done investing. Rather, after CGP  II is fully deployed, we simply plan to invest capital in small growth companies under a new structural arrangement that we feel is more appropriate for our business going forward,” the firm said.

Chicago Growth declined to elaborate on those plans. Fortune reported on the firm’s decision earlier.

The firm will continue to manage out existing funds. “We continue to be pleased with recent performance and plan to dedicate ourselves to working with our management partners to achieve each portfolio company’s potential,” Chicago Growth said.

Chicago Growth closed its second fund on its hard cap of $500 million in 2008, according to a press release at the time. The firm listed $711.3 million of assets under management as of March 27, 2013, according to a regulatory filing with the U.S. Securities and Exchange Commission.

The firm was formed in 2005 after spinning out of Chicago-based investment bank William Blair & Co.