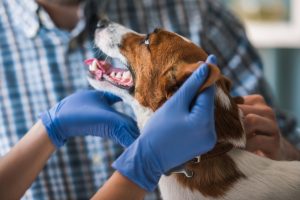 Chicago Pacific Founders is selling SAGE Veterinary Centers at a valuation of at least $1.25 billion, according to sources familiar with the transaction.

The sources said the buyer of the specialty vet hospital network is National Veterinary Associates, which competed against other PE-backed strategics and pure-play sponsors in a Jefferies-run sale process.

According to an announcement on June 22, NVA, which is owned by JAB Investors, will combine SAGE with NVA Compassion-First, its specialty and emergency veterinary business.

As part of the transaction, SAGE’s management, its founding veterinarians and Chicago Pacific Founders – which invested in 2018 – will roll over a portion of their investment proceeds into stock in NVA.

Reflecting the continued strength and resilience of the veterinary care industry, the pending deal implies a value of at least $1.25 billion, or a 25x multiple of EBITDA based on today’s financials, sources said. PE Hub first wrote in May that participants in the process were looking to underwrite approximately $50 million in EBITDA.

As the outcome suggests, specialty vet hospital platforms such as SAGE tend to command a premium when it comes to valuations, sources said.

Another similar, slightly bigger player in the late stages of its process is Ethos Veterinary Care, a portfolio company of BBH Capital Partners. Bank of America is conducting the Ethos sale process, PE Hub previously wrote.

SAGE appears to be a winning investment for Chicago Pacific Founders, which typically invests up to $100 million of equity capital per opportunity in growth, minority recap and buyout transactions.

The deal also reflects JAB Investors’ deep pockets and willingness to pay a premium in the veterinary sector. JAB, which invests on behalf of Germany’s billionaire Reimann family, bought industry giant NVA from Ares Management and OMERS Private Equity two years ago at a $5 billion valuation.

With the IVC transaction, existing investor EQT made an additional investment through EQT IX. Silver Lake joined as a new substantial investor and minority investor Nestlé increased its stake.

JAB, NVA and Chicago Pacific Founders declined to comment. Jefferies did not return a request for comment.