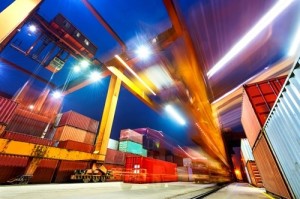 Qube also set out a plan to split Asciano’s business if the deal is approved: Qube would have most of the ports business while its offshore co-investors – CIC, the Canada Pension Plan Investment Board and Global Infrastructure Management – would own the rail business.

Asciano said in a statement its board was considering the Qube offer but continues to support the Brookfield offer.

Australia’s anti-trust regulator has already raised concerns about a Brookfield takeover of Asciano, as both firms control sizeable rail assets across the country.

CIC’s involvement in the Qube offer could also run into difficulties with the Foreign Investment Review Board (FIRB) at a time when opposition politicians have criticised Prime Minister Malcolm Turnbull‘s government over asset sales to Chinese investors.

Last year, the FIRB blocked the sale of an Australian cattle ranch to Chinese firms on the grounds of national interest after politicians raised security concerns about the lease of the northern Port of Darwin to Chinese-owned firm Landbridge.

A spokesman for Treasurer Scott Morrison declined to comment on behalf of the FIRB.

Peter Jennings, executive director of think-tank Australian Strategic Policy Institute and a former defence department official, said the board would likely base its decision on whether CIC would have any management or board involvement in the joint entity.

“Getting regulatory clearance would come down to, not so much the financial arrangements, but the operational,” he added.

Qube managing director Maurice James told reporters he expected the company’s offer would get regulatory clearance since “the business that’s being acquired is an operating interest (and) CIC has no interest in any activity in this space”.

Australian Competition and Consumer Commission chairman Rod Sims said the regulator will examine the Chinese government component of the offer in the context of other Chinese infrastructure buyouts such as China Merchants Group Ltd‘s purchase of Port of Newcastle in 2014.

Asciano rose 3 percent to A$8.76 on Thursday in a higher overall market, below both Brookfield’s A$9.10-per-share and Qube’s A$9.17-per-share offer.