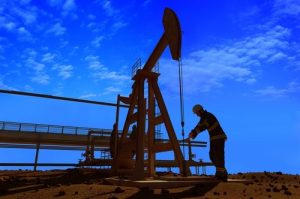 Calgary-based Long Run Exploration Ltd (TSX: LRE) has agreed to be acquired by an unnamed group of Chinese investors. The deal, valued at about $770 million, including net debt, is expected to close in April 2016. The company’s board of directors and management team said Long Run’s sale is “the best alternative” for stakeholders in light of challenging market conditions. Long Run is an intermediate oil and natural gas company focused on development, exploration and production in the Western Canadian Sedimentary Basin. It has been a portfolio investment of Canadian private equity firm Sprott Resource Corp since 2009.

CALGARY, ALBERTA–(Marketwired – Dec. 21, 2015) – Long Run Exploration Ltd. (“Long Run” or the “Company”) (TSX:LRE) is pleased to announce that it has entered into a definitive arrangement agreement (the “Arrangement Agreement”) with a group of investors based in the People’s Republic of China (the “Purchaser”) pursuant to which the Purchaser has agreed to acquire: i) all of the outstanding common shares of Long Run (“Long Run Shares”) for cash consideration of $0.52 per share (the “Share Consideration”), and ii) all of the outstanding 6.40% convertible unsecured subordinated debentures due January 31, 2019 of Long Run (the “Debentures”) for cash consideration of $750 per $1,000 principal amount of Debentures plus accrued and unpaid interest (the “Debenture Consideration”). The proposed transaction (the “Transaction”) is to be completed by way of plan of arrangement under the Business Corporations Act (Alberta).

Since the amendment of the initial investment agreement with Maple Marathon Investments Limited (“Maple Marathon”) and MIE Holdings Corporation (“MIE”) and the initiation of a strategic asset rationalization process, as announced on November 9, 2015, commodity prices and equity markets have continued to deteriorate. Long Run has remained focused on improving its balance sheet despite challenging market conditions while ensuring maximum optionality exists to create value for all stakeholders.

After an extensive review of the Company’s strategic and financial options to improve its capital structure and create value for stakeholders, Long Run’s board of directors (the “Long Run Board”) and management team have determined to pursue the Transaction as the best alternative for all Long Run stakeholders. Furthermore, all of the directors and executive officers of Long Run and certain shareholders of Long Run have entered into support agreements and agreed to vote an aggregate of approximately 11% of the outstanding Long Run Shares in favor of the Transaction, subject to the provisions of such support agreements.

The Transaction will be of benefit to Long Run, its stakeholders and employees and Canada. Long Run understands that the Purchaser’s plans for the Alberta-based business will provide long-term benefits, including maintaining Long Run’s head office and management in Alberta, enhancing capital expenditures and ensuring employment for Canadians in the continuing operations of Long Run.

Long Run also announces that the amended and restated investment agreement (the “Amended Investment Agreement”) dated November 8, 2015 between Long Run, Maple Marathon and MIE has been mutually terminated without the payment of a termination or reimbursement fee. Termination of the Amended Investment Agreement will constitute an event of default under the Long Run credit facilities; however, Long Run intends to seek a waiver of such default from its lending syndicate. Closing of the Transaction is conditional upon the consent of Long Run’s lending syndicate on terms and conditions satisfactory to the Purchaser and Long Run. Long Run understands that the Purchaser expects to repay the credit facilities in due course following closing of the Transaction in accordance with such terms and conditions.

The strategic asset rationalization process, as announced by Long Run on November 9, 2015, has also been terminated by Long Run in accordance with the covenants provided by Long Run under the Arrangement Agreement.

THE ARRANGEMENT AGREEMENT AND APPROVALS

The Arrangement Agreement contains customary representations and warranties of each party and interim operational covenants by Long Run. The Arrangement Agreement also provides for, among other things, customary board support and non-solicitation covenants, subject to a “fiduciary out” for unsolicited “superior proposals” in favor of Long Run and a provision for the right to match superior proposals in favor of the Purchaser.

In connection with the execution of the Arrangement Agreement, the Purchaser has deposited $10 million with an escrow agent in Canada and has agreed to deposit an additional $10 million into escrow following approval of the Transaction by Long Run shareholders. Of the amount initially deposited, $5.0 million will be released to Long Run (the “Initial Escrow Release”) following the receipt by Long Run, if obtained, of: (i) a waiver from the lending syndicate under the Company’s credit facilities of the event of default occurring as a result of termination of the Amended Investment Agreement; and (ii) a deferral of the $100 million that is currently due under the Company’s credit facilities on January 31, 2016, each on acceptable terms (collectively, the “Bank Waiver”). The balance of the funds held in escrow shall be applied to a portion of the amount payable to Long Run shareholders and Long Run debentureholders pursuant to the Transaction and may also be utilized to satisfy the non-completion fee payable to Long Run in the event such amount becomes payable.

Further details with respect to the Transaction will be included in the information circular to be mailed to Long Run shareholders and debentureholders in connection with the Special Meeting. The Special Meeting is expected to be held in mid-February 2016 with closing of the Transaction to occur thereafter upon satisfaction of all conditions precedent thereto. Closing is currently anticipated to occur in April 2016. A copy of the Arrangement Agreement and the information circular will be filed on Long Run’s SEDAR profile and will be available for viewing at www.sedar.com.

RECOMMENDATION OF THE LONG RUN BOARD

Long Run is a Calgary-based intermediate oil and natural gas company focused on development, exploration and production in the Western Canadian Sedimentary Basin. Targeting a production mix balanced between oil and natural gas, activities are concentrated in its core areas which include the Peace River Montney, the Deep Basin Cardium, the Redwater Viking and the Boyer Bluesky.