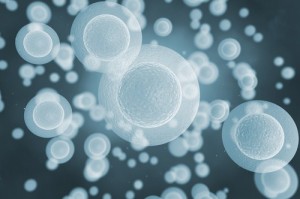 ChipCare Corp, a Toronto-based developer of a handheld cell analyzer for medical testing, has secured $2.05 million in venture capital funding. Investors include Maple Leaf Angels, MaRS Innovation and the University of Toronto, as well as Grand Challenges Canada and the Canadian government. Investment proceeds will be used to further refine the functionality of ChipCare’s device, develop a more robust and cost-effective prototype, and commercialize it over the next three years.

An innovative, handheld point-of-care analyzer, developed by ChipCare Corporation, has secured one of the largest ever angel investments in Canada’s healthcare sector. Phase II financing has closed, with an investment of $2.05M to support ChipCare’s continuing development and commercialization over the next three years.

The financing evolved through a uniquely collaborative funding model among Canadian social angel investors, including Maple Leaf Angels, MaRS Innovation and the University of Toronto, with special financing leadership from Grand Challenges Canada and the Government of Canada.

“This technology has the potential to save and improve the lives of millions around the world by bringing state-of-the-art blood testing to patients, instead of asking the sick to travel to labs that are often difficult to reach,” said James Dou, ChipCare’s co-founder and Chief Technology Officer. “The impact on in-the-field HIV diagnostics alone could be revolutionary; this financing is critical to our commercialization roadmap.”

ChipCare’s Phase II project plan calls for a three-year development of the device to further refine its functionality, develop a more robust prototype and reduce costs, as part of the move to scale. The innovative financing model supporting this development was made possible, in part, with the leadership of the Government of Canada through Grand Challenges Canada.

ChipCare’s handheld analyzer has the capacity to transform the way in which point-of-care diagnostics are delivered in the field for both developed and developing world populations. It stands apart from contemporary tools for three reasons:

1. Its unique design makes the analyzer significantly less expensive than other similar devices.

3. The device enables the potential to run not only one but multiple diagnostics simultaneously.

“To the best of our knowledge, this is at least the second largest healthcare angel investment in Canada’s history – and it might well be the largest by the time the project reaches full maturity,” said Adrian Schauer of Maple Leaf Angels. “The diagnostic potential of this device can hardly be overstated. We are investing heavily in its commercialization because we see the potential to revolutionize bedside testing for many conditions, from HIV and malaria in the developing world, to sepsis, heart disease and cancers here at home.

With an anchor investment, Grand Challenges Canada is fulfilling its unique mandate to identify and support innovative Canadian technologies that can make a dramatic difference in global health. The investment also played a critical role in attracting the balance of the required financing from private sector investors.

“Grand Challenges has a mandate to support bold ideas with big impact in global health,” said Grand Challenges Canada’s Chief Executive Officer, Peter Singer. “With this investment in ChipCare, we’re not only supporting a worthy innovation, we’re facilitating an innovative approach to financing that leverages investment to bridge the ‘valley of death.’ If you can save lives while creating companies and jobs – well, it just doesn’t get any better than that!”