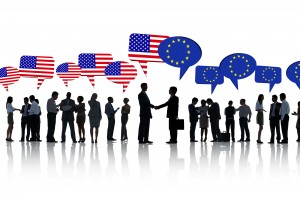 Cinven may close its sixth flagship fund sooner than expected in the first half of 2016, as the London-based firm touts a top-quartile performance in at least one prior fund, according to sources.

Cinven originally expected to wrap up Fund VI in June 2016, but it’s seeing strong investor demand in excess of its target of 5.5 billion euros (about $6 billion).

Before they commit to Cinven, some LPs may be waiting to see how much they get scaled back from allocations in the highly sought Advent International GPE VIII, which is targeting $12 billion for investments in large buyouts in North America and Europe, according to a source.

In addition to Advent International and Cinven, Apax, BC Partners and Permira round out the the crop of big Euro buyout firms currently fundraising.

“Advent is the fund everyone wants to commit to, but beyond that, Cinven is the frontrunner of the European firms,” a source said.

Looking ahead, Cinven said its outlook for mergers, acquisitions and exits remains robust across both sectors and geographies, according to an LP familiar with the firm.

Raised during the European currency crisis of 2011-12, Cinven’s fifth fund generated a net IRR of 30 percent as of September 30, according to an LP who shared details of an update from Cinven. Fund V is tracking as a top-quartile fund, the LP said.

The fund, which closed on 5.3 billion euros in 2013, was 76 percent invested as of November 30, accordin to a previous Buyouts report.

Cinven’s fifth fund chalked up a roughly 5x return on its sale of Amdipharm Mercury Ltd (AMCo) to Concordia Healthcare for about $3.5 billion in 2015.

In one fresh deal, Cinven said in December it would buy Kurt Geiger from Sycamore Partners for an undisclosed sum.