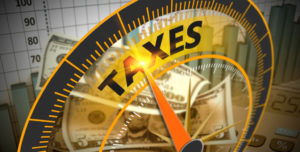 In the public company arena, a big medical device deal was just announced.

In the PE world, we’ll lead with a financial services deal from Cinven. We’ve also got an interview with Ardian about a recent pharma exit and some insights about a potential alignment gap between LPs and GPs.

Since it was founded in 1998, TaxAct has grown rapidly, providing DIY tax filing services to more than 85 million individual filers to date, and was the first online software provider to offer free tax filing services, according to the company.

Drake, which develops tax prep software and is headquartered in Franklin, North Carolina, was founded in 1977.

“Since investing in Drake in 2021, Cinven has set out to support the company’s growth plans, including expanding its presence in the professional tax preparation market, renewing its technology platform and enhancing its product offerings for the benefit of Drake’s tax professional customers,” said Chris Good, partner at Cinven, in a statement. “The addition of TaxAct’s consumer tax preparation platform will further strengthen Drake’s capabilities to anticipate and serve the needs of all types of customers as today’s tax landscape becomes increasingly sophisticated.”

Pharma exit. In late October, Ardian announced the sale of its stake in Unither Pharmaceuticals to a consortium led by CEO Eric Goupil and comprising GIC, IK Partners, Keensight and Parquest. Paris-based Ardian initially acquired the contract development and manufacturing company in March 2017.

PE Hub Europe reporter Nina Lindholm spoke with Scarlett Omar-Broca, managing director at Ardian, about the exit, to learn what the firm focused on during the ownership period.
Ardian invested a “lot of additional capital” in production lines in France and the US during the hold period of Unither, Omar-Broca said.

Amiens, France-based Unither is a European pharmaceutical contract development and manufacturing company that produces complex sterile liquid formulations for medical use. The company employs over 1,600 people across seven manufacturing facilities in France, the US, Brazil, and China, as well as an additional R&D centre in Bordeaux.

“I think we invested over €250 million of capex in the company over our holding period,” Omar-Broca said.

For Ardian, Unither had a “unique” position to capitalize on the growth of its end markets, as it manufactures and develops sterile unit-doses for the pharmaceutical industry. “It was really a story of investing a lot of capex ahead of the demand,” Omar-Broca explained. “As the demand was coming, but always ahead of time.”

Look to PE Hub Europe for:
• The latest deal terms and pricing to bolster your negotiations
• Deal trend analysis to know if a sector is hot or overheated
• Relevant and accurate intelligence on fund manager activity
• Rare insight about fresh investment opportunities & pending deals

We are currently offering complimentary access to PE Hub Europe. Sign in or register to start reading today!

LP/GP alignment at risk. The changing nature of continuation funds and subscription lines poses challenges to LP and GP alignment, according to an annual report from PGIM, the asset management business of Prudential Financial.

Buyouts reporter Gregg Gethard writes:
“GPs take some care in going to third party valuation firms for a valuation. But, at the end of the day, the valuation is someone’s judgment, and it can be very subjective. There’s potential for LPs to get caught on the wrong end of a valuation that’s too high or too low,” said Shehriyar Antia, VP, head of thematic research at PGIM.

That’s it for today. Tomorrow, Buyouts’ Chris Witkowsky will write the Wire, and I’ll be back with more on Thursday.