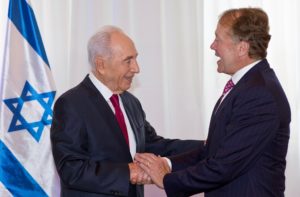 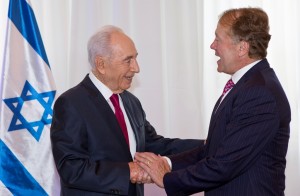 (Reuters) – Cisco Systems will invest $15 million in Israeli venture capital funds as part of a broader plan to expand its operations in Israel and outside the United States, the company said on Wednesday.

The investment will be made in funds that support integration of Israelis and Arabs and the development of innovative security technologies.

Cisco, which last year bought Israeli pay-TV smartcard maker NDS for $5 billion, also said it would establish a development center in Israel that will sponsor research on cyber security and analyze security in the financial, health and industrial sectors.

Cisco is building a network of consulting services to assist and provide answers to security needs, and is recruiting 100 strategic workers in Israel. It already has 2,000 employees in Israel.

“No country has startups like Israel does and I go where the startups are,” Chief Executive John Chambers told a news conference during a trip to Israel.

Israel “will be the first country in the world to go end-to-end digital,” he said, noting it will be boosted by an ambitious project to build a super-fast fiber optics network.

A group led by Sweden’s Viaeuropa was chosen to build the network along with state-run utility Israel Electric Corp using Cisco’s technology.

Cisco said the project, which will cost billions of shekels, is expected to be completed in seven to 10 years, but Chambers said he was pushing for full deployment in 18-36 months. Cisco, he said, is financing $140 million of the project.

“If the U.S. and China don’t lead us out of this slowdown, no matter how effective we are in other parts of the world, you won’t see the global economy coming around,” he said.

Chambers, though, said it would continue to invest mostly outside of the United States due to the U.S.’s high taxes.