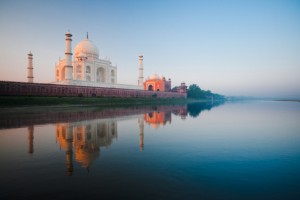 Prior to the deal, announced this week, New York-headquartered hedge-fund and fixed-income manager Rohatyn Group managed “specialist” funds, including private equity, in certain emerging markets. But it did not have a significant, pure private equity presence in the developing world.

The deal gives Rohatyn Group, which now manages about $7 billion, its first on-the-ground team in India, according to Nicolas Rohatyn, the chief executive officer and chief investment officer who founded the firm in 2002.

It also adds to the firm’s capabilities in Hong Kong, where Rohatyn Group has real estate operations, but was “looking to grow” in private equity, Rohatyn told peHUB in an interview Tuesday.

The acquisition also bolsters Rohatyn Group’s presence in Latin America, where the firm has been chasing “midsize investments” through its funds, including a $150 million Latin American regional fund that closed in 2010. The firm also has been raising a clean energy fund earmarked for Mexico, which just held a first close on $110 million. That vehicle is targeting $300 million to $400 million.

“We’re complementary in Latin America, where [CVCI is] strong and we have a real presence, but we have a slightly different strategy,” Rohatyn said. “We’ve been going after smaller tickets and they’ve been investing in bigger deals.”

Citi Venture Capital International’s team has invested more than $6 billion since its launch in 2001, according to its website. The team has focused on mid-market businesses in emerging markets in Asia-Pacific, India, Latin America, emerging Europe, Africa and the Middle East, according to the web site.

The team has raised several funds since 2001, including the biggest vehicle, a 2007 vintage fund that raised $4.3 billion. CVCI also raised an Africa fund in 2007 that closed on $100 million from a single investor, according to the firm’s website.

The CVCI acquisition marks by far the largest in a series of recent deals by Rohatyn Group that take it further into alternative investments in emerging markets.

Part of Rohatyn Group’s strategy is to “opportunistically be open to these things,” Rohatyn told peHUB. “I don’t think you can build an entire strategy around acquisitions in this business. The basic strategy has to be to raise money from investors and invest intelligently,” he said. However, “we’ve been open to growing this way.”

Limited partners are more comfortable entrusting capital to bigger groups operating in the emerging markets, which makes expanding an important part of Rohatyn Group’s future success, he said. “The big investors want the safety of a bigger firm, they want the implicit group approbation that comes with investing in a place where many others have invested,” Rohatyn said.

Citi offloaded CVCI as part of a $6 billion alternative investments sell-off as the bank works to comply with regulations limiting its ability to run private equity operations, the Wall Street Journal recently reported.

The team has been led by CEO Dipak Rastogi, CIO Marc Desaedeleer and chief strategy officer Pavan Gupte. Rastogi will not be making the move to Rohatyn Group, according to a Citi statement.

As part of Rohatyn Group, the team will be led by Desaedeleer, who will join the firm’s executive committee, and four CVCI partners, Enrique Bascur, Bob Khanna, Sunil Nair and Ji Min. The partners, along with Desaedeleer, also are joining Rohatyn Group’s management committee overseeing private investing.

Other than Rastogi, the team will not change in any “significant” way, Rohatyn said. “The fit is so good, the vast majority of people are going to stick around,” he said.