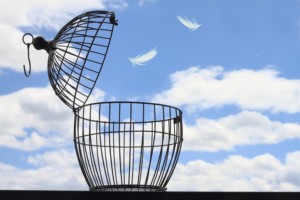 The Volcker rule has claimed another victim.

Citigroup, citing the Dodd-Frank financial regulation that severely restricts the ability of financial institutions to own and operate private equity businesses, has sold its Metalmark Capital private equity group.

Metalmark will no longer be an affiliate of Citi, though the bank will retain a limited partner stake in Metalmark Capital Fund II, a $2.5 billion vehicle that closed last year.

Earlier this year, Citi sold its Citi Venture Capital International group to The Rohatyn Group, an investment firm focused on emerging markets. That sale closed earlier this month. The bank since 2010 has sold well over $2 billion in private equity limited partner stakes on the secondaries market.

The bank has pursued a slow but steady process of selling off its private equity operations and holdings amid stringent measures under the so-called Volcker Rule within the Dodd Frank financial reform act, which seeks to curb what some see as risky investment activity performed off banks’ balance sheets. Other banks have made similar moves, including JP Morgan, which sold its private equity unit One Equity Partners earlier this year.

Citi’s last remaining private equity-related business is Citi Infrastructure Investors, which the bank intends to keep, according to a Citi spokesperson.

Metalmark, meanwhile, has a pretty clear road ahead for a few years. The newly-independent firm is well capitalized – its investment period on Fund II runs to 2017, and the capital in the fund is about 40 percent deployed, according to a person with knowledge of the firm.

The firm, led by Howard Hoffen, chairman and chief executive officer, took its portfolio company Jones Energy public over the summer at $15 per share, below its expected range of $17 to $19 per share. Selling 12.5 million shares, the company raised $188 million. Shares were trading last Tuesday at $14.66.