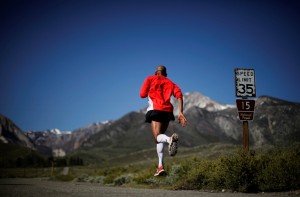 Clairvest Group is racking up quite a track record. The Toronto-based firm last month won the 2013 ‘Deal of the Year’ from Canada’s Venture Capital & Private Equity Association for its sale of PEER 1 Network Enterprises — its third such win in the past five years.

To find out the secret to the mid-market private equity firm’s success, peHUB Canada sat down with Clairvest co-CEO Jeff Parr.

peHUB Canada: Clairvest obtained a 40% IRR and 3.2 times its original investment in Vancouver’s PEER 1. What factors contributed to the company’s success?

Parr: We knew PEER 1 was a gem when we invested in 2009. CEO Fabio Banducci and his team racked up numerous achievements in the Internet hosting space, but the company’s growth stalled and its customer mix was not ideal. We agreed that PEER 1 should shift focus to higher value-added services and grow its sector leadership through investments of $150 million in new capacity and add-ons, such as the purchase of U.K.-based NetBenefit in 2012. The result was 80% growth in annualized revenues in the period of Clairvest’s investment, from $93 million in 2009 to $168 million at the time of our exit, and a near doubling of EBITDA, from $26 million to $48 million. When Cogeco Cable bought PEER 1 in January they told us it was the best independent Web hosting company in the market.

Parr: We’re interested in mid-market businesses that are capable of becoming dominant in their sectors or becoming more significant strategic players. That’s why Clairvest seeks partnerships with entrepreneurial managers. Unlike many of our peers, Clairvest is not a buyout shop. We concentrate on making minority growth investments in owner operators with proven track records who will continue to have a substantial stake in the performance of their companies. That alignment is imperative as we and our partners are then chiefly focused on share-value growth. If you build companies to a high level of strategic significance, you don’t have to sell them. Eventually, buyers will come calling, as Cogeco did for PEER 1.

peHUB Canada: Clairvest’s investments have also been domain-driven. Does that remain an important feature of your strategy?

Parr: Yes. It’s central to our brand and competitive edge in the North American market. Clairvest has always leveraged proprietary information and knowledge in doing deals. As we’ve persevered with this approach, it has given the firm much greater facility to source and execute investments in industry sectors and sub-sectors about which we have developed considerable in-house expertise. If you look at our recent investments, you’ll see they all build on earlier investments in comparable domain businesses.

Parr: Yes. We have experience investing in equipment rental services companies, such as Light Tower Rentals of Odessa, Texas. As often happens with Clairvest, success with one company led us to go hunting for related prospects. Our research showed CRS was a top Canadian provider of construction equipment rentals, so we reached out to the owners, whom we discovered were coping with succession issues. CRS wanted a partner to address these issues and to advance new growth initiatives. They were ultimately sold on Clairvest because of our in-depth knowledge about their line of business. It also helped that representatives of the company flew down to Texas to check us out with Light Tower.

peHUB Canada: Clairvest also has a reputation for gaming investments? Do these remain a major focus?

Parr: Yes. For example, a couple of years ago we invested in Centaur, which owns horse racing and gaming assets in Indianapolis, Indiana. Unusually, Clairvest took a control position because the company was facing bankruptcy, despite its underlying value and continuous generation of solid EBITDA. The partnership between Clairvest and management enabled a cleanup of the company’s balance sheet. A measure of Centaur’s subsequent success was its acquisition in February of a second Indiana property, and its refinancing, which has returned capital to investors. I think Clairvest’s domain background served us particularly well in this instance given the solvency issues. It also created a high degree of trust with managers.

peHUB Canada: In the first half of this year, Clairvest made three new platform investments and one add-on investment. How do you feel about deal opportunities in the months ahead?

Parr: Positive. The current market is largely a seller’s market, and we feel good about these conditions because Clairvest has traditionally exited portfolio companies through sales to large strategic players. Strategic acquisitions have become especially prominent as exit vehicles of late, and we believe this trend will continue. With respect to new deals, we’re also seeing a number of interesting things that are actionable.

Parr: Clairvest’s co-CEO Ken Rotman and I have long believed that too much money is always chasing after too few quality deals, regardless of changing market cycles. Today’s market might be especially over-heated. However, while we pay attention to macro trends, Clairvest tends not be unduly influenced by ebbs and flows in the deal-making environment. With the firm’s focus on growth investments in sectors we know, and close working partnerships with experienced entrepreneurs, our eye is always fixed on the long term. Clairvest is a marathon runner.

peHUB Canada: Clairvest’s current fund, Clairvest Equity Partners IV LP (2011), is roughly 50% allocated. Are you thinking about your next partnership?

Parr: Yes. It’ll take approximately 12 to 24 months to fully invest the current fund, so we’re likely to launch our fifth partnership in late 2014 or early 2015. We expect to add to our existing Canadian and U.S.-based LPs, and particularly from among endowments, family offices and high net-wealth investors.

peHUB Canada: The Coller survey also found nearly half of North American LPs plan to reduce their GP relationships over the next two years. How do you feel about raising a fund under those circumstances?

Parr: Culling of private equity firms and funds is inevitable at the moment, due to performance issues. I’m good with that. LPs are being more fastidious about re-ups, and they should be. Clairvest has typically partnered with LPs which share its long-term investment horizon, so there’s an alignment of vision. Additionally, Clairvest as the GP typically commits to be at least 25% of all of our partnerships, so there’s also strong financial alignment. We like to think of it as LPs co-investing with us rather than us managing their capital.

peHUB Canada: Bain & Company’s 2013 Global Private Equity Report says performance matters less on specific sizes and types of deals than it does on the “alpha-generating capabilities of the GPs that manage them.” Do you agree?

Parr: Absolutely. Clairvest is an alpha-generating private equity firm because we have cultivated a knowledge-intensive growth investment strategy that puts an onus on long-term partnership and alignment of interests. And on building great companies whether times are good or times are bad. It’s a strategy that has worked for us for 25 years.