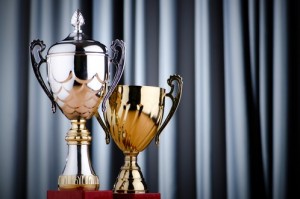 Private equity firms Clairvest Group and Teachers’ Private Capital have both won the 2013 ‘Deal of the Year’ award in the private equity category from Canada’s Venture Capital & Private Equity Association. Clairvest won for the 2012 sale of PEER 1 Network Enterprises Inc. to Cogeco Cable Inc. for an equity value of $526 million, giving the firm a 40% IRR and 3.2 times its original investment. Teachers was awarded for last year’s sale of Maple Leaf Sports and Entertainment Ltd. to BCE Inc. and Rogers Communications Inc. for over $1.3 billion, giving the firm a 16% IRR and 5.3 times total invested capital.

Established in 1998, the purpose of the CVCA’s ‘Deal of the Year’ Award competition is to promote, highlight and celebrate the achievements of CVCA members who have had outstanding investment successes. The selection process focused on CVCA members with the most significant investment return realized primarily during calendar 2012, from January 1, 2012 to December 31, 2012. The CVCA celebrates two annual Deal of the Year’ awards”, one for venture capital and another for private equity.

“It is my pleasure to announce that this year we have two winners of the CVCA ‘Deal of the Year’ Award in the private equity category. This award highlights investment successes achieved by CVCA members and the Awards Committee felt that both Clairvest and Teachers’ deserved recognition for their respective realizations – Clairvest for its investment in PEER 1 and Teachers’ for its investment in Maple Leaf Sports and Entertainment (MLSE),” said Sandra Bosela, Chair of CVCA’s Awards Committee and Managing Director, OPTrust Private Markets Group.

Clairvest Group Inc.
“Clairvest invested in PEER 1 in August 2009 and supported an aggressive growth strategy which combined significant investments in data centres, new technology, human capital, marketing and acquisitions. In December 2012, a transaction was announced whereby PEER 1 entered into a binding agreement to be acquired by Cogeco Cable (TSX: CCA) at an equity value of approximately $526 million. Clairvest had invested approximately $25 million in common shares of PEER 1 and realized over $81 million of total proceeds when these shares were acquired by Cogeco, generating an internal rate of return (IRR) of 40%, representing 3.2 times the original investment,” said Sandra Bosela.

About PEER 1
PEER 1 Hosting is one of the world’s leading IT hosting providers. The company provides best-inbreed technology, through a high performance 10Gbps FastFiber Network™ connected by 19 stateof-the-art data centres and 21 points-of-presence throughout North America and Europe. PEER 1 delivers outstanding customer service to its more than 10,000 customers worldwide, backed by a 100 percent uptime guarantee and 24x7x365 FirstCall Support™. PEER 1 Hosting’s portfolio includes Managed Hosting, Dedicated Servers under the ServerBeach brand, Colocation and Cloud Services under the Zunicore brand. Founded in 1999, the company is headquartered in Vancouver, Canada, with European operations headquartered in Southampton, UK. www.peer1.com

About Clairvest Group Inc.
Clairvest, a leader in the Canadian private equity industry for more than 26 years, manages approximately $1 billion of equity capital. Clairvest manages the capital of Clairvest Group Inc., a publicly-listed private equity management firm, and that of third parties, through the Clairvest Equity Partners series of Limited Partnerships. Clairvest partners with management to invest in profitable small and mid-sized North American companies, across a wide variety of industries. In addition to providing financing, Clairvest contributes strategic expertise and execution ability to support the growth and development of its investee partners. Clairvest realizes value through investment returns and the eventual disposition of its investments. www.clairvest.com

The award was accepted by Jeff Parr and Mitch Green of Clairvest at the CVCA’s Annual Conference in Banff, Alberta on Thursday May 23, 2013.

“PEER 1 differentiated itself in a crowded field through a commitment to best in class physical infrastructure and human capital. The outstanding financial return achieved by the shareholders is a tribute to CEO Fabio Banducci and his senior leadership. We are delighted to have been a member of this successful team,” said Mitch Green, Principal of Clairvest.

Ontario Teachers’ Pension Plan
“Teachers’ began its investment in MLSE with an initial investment of $45 million in March 1994. Over an investment period that spanned 18 years, Teachers’ invested $229 million in MLSE, while professionalizing the company, executing on a vision of building a multi-faceted and integrated sports and entertainment company and supporting investment in broadcasting rights. In August 2012, Teachers’ completed the sale of its majority stake in MLSE to Bell and Rogers Communications. Over the life of its investment, Teachers’ realized $1.21 billion in total proceeds, generating $977 million of profits and an internal rate of return (IRR) of 16%, representing 5.3 times total invested capital,” said Sandra Bosela.

The award was accepted by Jane Rowe, Senior Vice-President of Teachers’ Private Capital at the CVCA’s Annual Conference in Banff, Alberta on Thursday May 23, 2013. Commenting on the transaction, Ms. Rowe noted, “This award recognizes the leadership and effort of many people at Teachers’ over nearly two decades. Teachers’ association with MLSE clearly demonstrated our approach to working with partners to create long-term value. We completed our stewardship of this iconic asset by transferring our ownership to two solid partners who have the commitment and resources to ensure MLSE’s continued growth and prosperity, while earning an excellent return to help pay pensions to our members.”

Message From the Chair of CVCA Award’s Committee
“I’d like to congratulate our ‘Deal of the Year’ private equity Award winners, Clairvest and Teachers’, who clearly enhanced the value of their portfolio companies, taking a longer term perspective to invest in growth strategies that would ultimately position their respective companies as attractive acquisition targets to strategic industry participants. These transactions highlight the role and value of private equity as dedicated, experienced, and highly motivated partners, who take a long term perspective on creating value in Canadian businesses, while working alongside management teams to achieve that success. Both transactions also highlight how private equity backed companies support a stronger and more productive Canadian economy and contribute to overall job creation,” said Sandra Bosela.