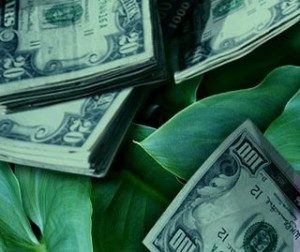 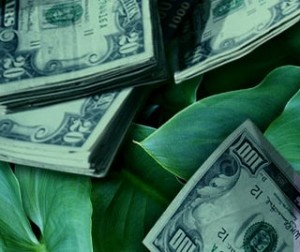 Many VCs have pulled back from funding energy technologies and cleantech startups, and have been replaced by corporate venture capitalists. Entrepreneurs and traditional VCs alike are finding opportunities where corporate partners provide a critical ingredient that substantially increases their likelihood of success.

During the past three years, players such as General Motors, BMW, and Shell have been among the 182 companies creating or re-launching venture capital units, increasing the number of companies with venture arms to approximately 900. Corporate venture groups invested $2.2 billion in both 2012 and 2011, an increase from $1.9 billion in 2010 and $1.3 billion in 2009, according to the National Venture Capital Association. In 2012, more than 20 percent of energy venture investments involved a corporate partner, compared to 15% across all venture investments.

This theme has been significant in the portfolio at Claremont Creek Ventures, where 8 of our past 10 energy tech investments have included a corporate partner in the financing syndicate. Last month, Canadian energy giant Encana Corp led a $16 million funding in Claremont Creek-backed Alphabet Energy where it is interested in using Alphabet’s waste heat to power devices to improve efficiency in its operations.

Corporations are embracing venture capital because it offers a possible elixir to unprecedented global competition. Startups are focused and efficient innovators. Some concepts are too disruptive to an incumbent’s core business for it to pursue internally. Some require expertise resident outside a corporate setting or a business model experiment that would be unrealistic for a large corporation. And often, although a startup’s innovation may deliver tremendous operational value, its product would not merit the investment required for its creation unless it could also serve a broader set of applications, customers, and markets. In addition, venture investing provides corporations a window into emerging innovations and markets they should track for the future.

On the opposite side of the relationship, entrepreneurs – who are often rightfully wary of dancing with elephants – can enjoy substantial advantages when partnering well with these industry giants. Many recent energy success stories such as Solar City, Tesla and eMeter all engaged corporate partners along the way. In our portfolio we’ve seen parings such as Project Frog with GE, EcoATM with Coinstar, and Clean Power Finance with Google, all enjoy the benefits of collaboration. While the equity investment is nice, capital alone rarely generates the business acceleration. This launching pad comes from access to channel relationships and marketing, validation of a technology by an expert technical organization, offering a proving ground by becoming a first customer, or helping with product design and development.

These type of corporate partnerships are leading to another emerging trend – a set of energy tech companies building large, self-sustaining, successful businesses, many of which are still under the radar. But all of us at Claremont Creek Ventures expect that a host of success stories will emerge. Most represent a combination of what startups do well – risk taking and experimentation, rapid innovation and learning, and creating applications of value other than pure commodity substitutes – with what corporations do well – capitalizing on scale efficiencies, leveraging deep industry expertise and channels, and operating within well established physical infrastructure and processes.

It is a trend Claremont Creek Ventures sees across the industry and with our portfolio that will help support continued advancement of energy and resource technologies. Never has the imperative been greater for corporations to access startup innovation. Never has it been more clear to startups operating on tight budgets in enormous and established physical industries, that changing the world – and earning outsized returns – is much easier with the right partnerships.

Paul Straub is a partner at seed and early stage energy technology investor Claremont Creek Ventures where he is on the Boards of Alphabet Energy, Blue Pillar and Project Frog. He is a board observer at EcoFactor, and Adura Technologies and was previously a board observer at Property Bridge (acquired by MGI), Cyanea (acquired by IBM), and Lefora/Meetro (acquired). Opinions expressed here are entirely his own.