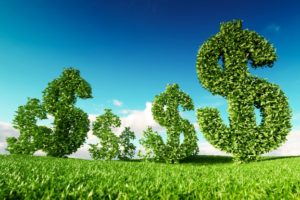 This is Chris, on the Wire this morning.

What are you seeing out there? We’re just wrapping up our emerging manager feature and I want to extend a big thank you to everyone who has written in with thoughts about interesting first-timers in the market. Some great new fund formation going on out there, despite the challenges in the fundraising market.

Big one: I think no firm represents the nature of today’s frenetic fundraising market like Clearlake Capital. Clearlake, which has experienced remarkable growth since its early days, closed its seventh fund on more than $14.1 billion, the firm announced this morning. Fund VII beat its original $10 billion target. Read more here on PE Hub.

Fund VII was a huge jump from the prior pool, eclipsing Fund VI, which closed on more than $7 billion in 2020. The firm sits at just the right position in today’s market to collect capital from LPs: its past performance is strong (Fund V was generating a 57.7 percent net IRR and a 3.2x net multiple); its team has been stable and together for many years, and so the firm itself is well-established and tested over cycles. Not to mention its on-point focus in software and technology, industrials and consumer businesses.

The firm not only is raising traditional funds but has also raised around $7 billion across four continuation funds – all part of the more than $25 billion raised by Clearlake since January 2021, the firm said.

Of course, there is always the lurking concern in the back of LPs’ heads about the size increase of the successor fund. But in today’s fundraising environment, fund size jumps are noticed, and perhaps grumbled about, but that’s not going to prevent most LPs from committing. It’s just the nature of today’s market, and especially for those strong-performing firms that can essentially name their price amid unrelenting LP demand, things have never been better.

Payback: Interesting perspective on whatever is going on with Elon Musk’s LBO for Twitter – the $13 billion debt package on the proposed deal will leave Twitter with an annual interest expense approaching $1 billion, according to a Bloomberg report.

“This is just a bad capital structure to put on a business like Twitter that has never proven to be highly profitable,” said John McClain, portfolio manager at Brandywine Global Investment Management. “It’s been a public company for quite some time and they never have seemed to really figure out how to attractively monetize the consumer.”

According to the article, debt is one of three components of Musk’s financing, which also includes up to $27.25 billion of equity commitments from 19 co-investors, and a $6.25 billion margin loan against his Tesla shares, which he’s trying to replace by bringing in preferred equity investors, including Apollo Global Management and Sixth Street, the article said. Read more here on Bloomberg.

This is the very aspect of LBOs that critics of private equity point to as the worst part of how the industry works – saddling companies with unsustainable debt loads that force formerly healthy businesses to fire employees, strip out component parts all in service of the debt load.

But as some of us know, most private equity deals don’t involve this doomsday scenario, and in fact are more focused on growth as opposed to stripping and flipping. Unfortunately, Elon’s big adventure may imprint on our cultural memory the image of an ugly LBO for all time.

Let me know what you think and have a great rest of your day. I’m at cwitkowsky@buyoutsinsider.com or over on LinkedIn.