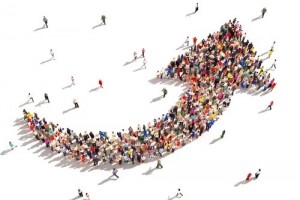 Clearlake Capital Group has bumped the hard cap on its fourth flagship vehicle to $1.36 billion amid heavy demand from limited partners, according to two people with knowledge of the firm.

Clearlake held a first close on Fund IV on around $1 billion last week, according to one of the people. The firm has been targeting $1 billion for Fund IV, with a $1.25 billion hard cap. One source said in a previous interview the fund could hold a final close this summer.

Park Hill Group is working as placement agent on the fundraising.

An LP in a previous interview described Clearlake Fund IV as “a pretty hot name in the market.” Its 2012 vintage Fund III, which closed on more than $785 million, was generating a 34.6 percent net internal rate of return and a 1.3x multiple as of Sept. 30, according to the California Public Employees’ Retirement System.

The firm also is raising its debut non-control, credit fund, Clearlake Opportunity Partners, which is targeting $500 million. That fund, which has collected more than $400 million, will hold a first close in the next few weeks, according to a person with knowledge of the fund and a fundraising document seen by Buyouts.

Two LPs previously expressed concern about Clearlake’s jump in fund size. If the firm raises the maximum amount for both funds, it will total well over $1.8 billion, a significant increase over its prior fund.

However, those concerns haven’t put a damper on Clearlake’s fundraising. One of the LPs also said the firm has demand well over its cap for Fund IV.

Clearlake is moving forward without one of its three founders. Steve Chang, who co-founded the firm with Behdad Eghbali and José Feliciano, has left the firm, Buyouts previously reported. Meanwhile, former HgCapital executive Dan Groen joined Clearlake in April as a principal, according to his LinkedIn profile.