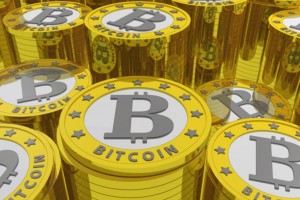 I have yet to actually buy anything using a bitcoin, but I can’t get enough of reading about the cypto-currency that is seemingly taking over the digital world, one mind-meltingly complicated algorithm after another.

Recently I chatted with Merlin Kauffman, chief executive officer and managing director of a new investment firm called CoinSeed – who has an interesting angle on profiting from this burgeoning trend.

CoinSeed targets investments in Bitcoin mining infrastructure and is basically out there attempting to create one of the largest commercial Bitcoin mining operations around. Kauffman, an Internet domain name entrepreneur, formed CoinSeed in December and quickly raised $7.5 million from private investors.

The firm announced Friday it had purchased $5 million worth of BitFury Bitcoin mining hardware from Bitcoin mining equipment marker MegaBigPower as “the first building block” on its road to creating its commercial Bitcoin mining operation.

Hardware, in this case, refers to the means of retrieving Bitcoins from the ether. Mining is actually the process of solving complicated math problems to get access to bitcoins. The quicker you can solve the problems, the faster you’ll get your store of shiny new (digital) coins. But with each new bitcoin that is dug up, the math problems get harder to solve.

Bitcoin mining hardware evolved from home-based computers to graphics cards that could run ‘mining’ calculations quickly, stepping up to FPGA, an early-stage technology used for mining, and now ASIC processing, chips designed to perform Bitcoin mining. The ASIC chips are what CoinSeed just invested in.

I like Kauffman’s angle of investing in the infrastructure of the process – it has kind of a private equity feel to it. An energy-focused private equity firm, for example, might not invest in the oil in the ground, but in the equipment and services that help run and maintain the extraction site.

CoinSeed can make money in a few different ways – the quick return from liquidating newly mined coins at market rates as well as speculating on rising value. However, Kauffman has a long-term goal of “facilitating and investing in other relevant businesses in the Bitcoin ecosystem, which will lend to the stability that ensures Bitcoin retains and increases in value over time.”

What does that mean? Well, one example is CoinSeed plans on rolling out a rapid confirmation product meant to help streamline the transaction process when a customer pays with bitcoins, which on average takes about 10 minutes.

Kauffman describes it this way: “Any product or service that makes Bitcoin more easily accessible to the consumer audience.”

CoinSeed plans to raise an additional $15 million this year from private investors and maybe even certain VCs, and is targeting total funding of $22.5 million. He raised his initial capital in under a month, so whoever his mysterious existing private investors are, they obviously believe in his strategy.

And he’s not too worried about the volatility in Bitcoin’s market value, which has fluctuated from around $466 six months ago to $989 early today, according to Bitcoin trading platform Mt. Gox.

The list of organizations accepting the currency in exchange for goods continues to grow – the Sacramento Kings baseball team, Seattle Seahawks outspoken defensive back Richard Sherman (via his website), Overstock.com, TigerDirect.

However, governments have had a mixed response – China, for example, barred financial services company from doing business with Bitcoin exchanges, while India’s central bank warned of the dangers of the currency and the country’s largest exchange shut down.