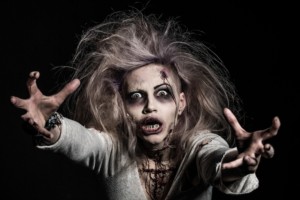 I’m always interested in Coller Capital’s bi-annual surveys of limited partners – the surveys usually give a good snapshot of some of the big issues on which LPs are focusing.

Coller this week published its Coller Capital Global Barometer – Summer 2014, which surveyed 115 private equity investors globally. An interesting point in the survey is that a larger portion of respondents than I expected would be willing to reset terms on an underperforming fund not likely to hit its preferred return.

This is an issue that has become more significant over the past few years with the rise of so-called “zombie funds,” investment vehicles that have lived beyond their contractual terms run by managers unlikely to raise new capital. (There are other manifestations of this, some of which aren’t exactly ‘zombie’ situations, with funds that have lived longer than anticipated.)

These situations can leave LPs stuck in old vehicles that very likely won’t be making them any money, and yet continue to suck fees every year of their existence. In many cases, after one or two agreed-upon fund life extensions, the fund hits a gray area not governed anymore by the dictates of the limited partnership agreement. The GP simply comes back, year after year, asking for more time, and more fees to keep managing out the remaining investments in the fund.

One solution that has cropped up in the industry is fund restructuring, in which outside capital buys out existing LPs, allows those LPs who are willing to roll their interests into a new vehicle, and capitalize a new fund for the manager – providing a few more years of life.
Usually these structures will include a new management fee stream and a renewed chance to win some carried interest.

It’s telling that 46 percent of respondents in Coller’s survey would agree to resetting terms on underperforming funds. I see it as a resignation to the very nature of the asset class – absolute trust in the GP. In unfortunate situations where an LP ends up in a bad fund over 10 years old, the LP doesn’t really have any options. The investor can either agree to give the GP incentive to continue managing out remaining assets in the old fund, or accept a big ole’ pile of illiquid shares in private companies.

This is a situation that has become more prevalent in recent years, and one that, as more LPs find themselves in this at times infuriating position, will hopefully lead to safeguards being built into the structures of funds upfront. Things like, automatic liquidation of fund assets after the fund’s term and extensions have run out.

Some other interesting points in Coller’s survey:

• About half of global LPs surveyed (and 60% of North American LPs) would accept lower hurdle rates in return for lower fund management fees.

• Over the next two years, 84 percent of LPs would refuse re-ups with GPs whose last two funds they backed.

• Two-thirds of LPs will likely use the secondaries market in the near future either to buy or sell private equity assets.

• About 79 percent of North American LPs, two-thirds of European LPs and half of investors in the Asia-Pacific region think crowdfunding will develop as part of the funding ecosystem along with venture capital – complementary to, rather than competitive with, VC.

• Two-thirds of the investor respondents said an over-supply of debt in the North American private equity market is resulting in poor deals being financed and some good deals being overleveraged. The majority of LPs believe debt levels in European and Asia-Pacific private equity are appropriate.