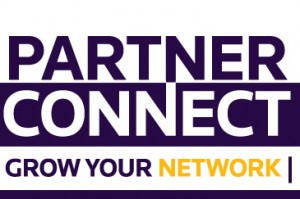 Private equity needs to do a better job of communicating its successes, buyout executives said today at the Thomson Reuters PartnerConnect conference in New York.

“Candidate Romney has not done a good job talking about private equity. It’s one of the best asset classes available,” complained Jay Jordan, the chairman and managing principal of mid-market shop The Jordan Company LP.

“We get defined in terms of the megadeal,” added Stephen Murray, president and chief executive officer of CCMP Capital. The public views such deals as “transfer of assets” with cost-cutting objectives, but doesn’t see the mid-market deals that are the heart of the industry, Murray said. “We are solutions providers. There are a lot of private companies that wouldn’t have options” if not for the capital and expertise that buyout firms can bring to bear. “The payoff in our funds isn’t cutting costs. Growth is where you get your payoffs.”

It also can be a challenge to communicate with the investors in those funds, added Marc Leder, a co-CEO at Sun Capital Partners, a turnaround shop based in Boca Raton, Fla. As the firm has grown since its inception in 1995, it has expanded its roster of LPs and raised larger funds. “We kept doing deals in the micro-cap and lower middle market. We just did more of them.”

The three men spoke on a plenary panel entitled “Titans of the Middle Market” during the final day of the inaugural PartnerConnect conference. Jordan addressed another topic about which investors often complain: style drift.

The Jordan Company has been a mid-market generalist since 1974 (it raised its first U.S. institutional fund in 2002, he said.) Manufacturing deals used to represent 60 or 70 percent of the firm’s transactions, Jordan said. “Today it’s revised. Sixty to 70 percent is in the service sector, and 30 to 40 percent is in manufacturing,” he said. “We changed the model based on GDP.”

The mid-market has moved too. Where the firm once defined mid-market enterprise value as $20 million to $70 million back in the day, today it is $250 million to $600 million, as a result of inflation and economic change, Jordan said. “You’ve got to evolve based on what the market is telling you.”