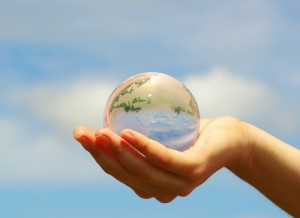 Cordiant, a leading emerging market private debt fund manager, has raised US $250 million at the first close of its latest debt fund: the Cordiant Emerging Loan Fund IV (CELF IV). The fund’s primary focus will be on senior, secured loans issued to emerging market private
sector borrowers, with an emphasis on diversification across countries and sectors.

Initial cornerstone investors in the fund include insurance, sovereign wealth and pension funds. CELF IV will allow investors to take advantage of the growing imbalance in the emerging markets between the escalating demand for bank style funding and the shrinking balance sheets of Western banks that used to supply much of this lending.

Explains David Creighton, President and CEO of Cordiant: “Western banks have reduced their new lending to emerging markets by 30%–over $100 billion per year–since the beginning of the financial crisis. What we are seeing, as a result, are increased spreads on loans at a time when yields on other competing emerging market asset classes, such as bonds, have tumbled. Increasingly, investors are recognizing the superior risk/reward balance this type of investment can secure.”

Cordiant has developed an extensive pipeline and is currently reviewing over 20 deals across a broad range of sectors, including infrastructure and manufacturing. Creighton adds: “The investment opportunities that we are seeing are of the highest quality and are reaching numbers that we haven’t seen in the ten-plus years that we have been investing in these markets. Spreads remain higher than were available on comparable loans before the credit crunch. At the same time, structures continue to be robust as we focus on senior loans that are backed by high levels of collateral, strong covenants and Preferred Creditor Status.”

Founded in 1999, Cordiant pioneered the creation of emerging market corporate loan funds that invest in partnership with International Financial Institutions. Cordiant’s clients include some of the world’s largest institutional investors. With US $2.45 billion in total subscriptions, the firm manages four emerging market loan funds; the ICF Debt Pool; and one private equity fund, the Canada Investment Fund for Africa. The firm has made investments in nearly 200 companies in more than 50 emerging countries. It has exposure to all major sectors, including a large number of infrastructure investments. Cordiant is a signatory to the UN Principles for Responsible Investment.

Issued by Mattison Public Relations on behalf of Cordiant