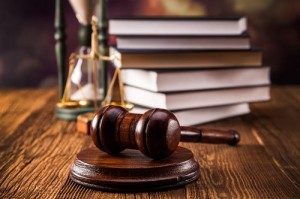 A major Canadian securities regulator on Monday ruled that Corus Entertainment Inc need not disclose more details of its $2.65 billion (US$2 billion) proposal to buy media assets from Shaw Communications Inc, meaning a shareholder vote due on Wednesday could proceed.

The Ontario Securities Commission’s three-person panel issued the ruling in response to an application from Canadian private equity firm Catalyst Capital Group, a minority Corus shareholder fiercely critical of the deal. Catalyst argued the deal would unfairly benefit the Shaw family, which controls both companies, to the detriment of minority investors.

Corus investors are due to cast ballots on Wednesday. Both Catalyst and Corus claim the support of a majority of non-controlling investors, whose approval is necessary to win the vote.

The deal, if approved, would give Corus control of more than one-third of the English-language TV market in Canada, and help Shaw fund its expansion into wireless via the purchase of Wind Mobile.

The OSC panel said it made the ruling without hearing the full merits of the case because there had already been a “vigorous” public debate since the deal was announced on January 13.

“We’re not persuaded that granting standing to Catalyst would lead to an outcome that would be beneficial to minority shareholders that has not already been achieved,” OSC Vice-Chair Grant Vingoe said while delivering the ruling.

Canada Pension Plan Investment Board, the country’s largest pension fund, has said it would vote for the deal. CPPIB held 610,000 of Corus’ non-voting Class B shares as of the end of March 2015, making it one of the company’s top 20 investors.

Catalyst holds almost 322,000 such shares, according to its filing to the OSC.

Corus has almost 84.5 million Class B shares outstanding, according to Thomson Reuters data.