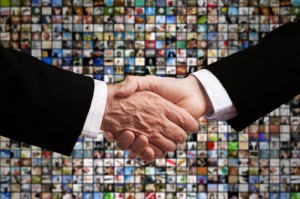 A Corus shareholder vote is set for March 9. The transaction needs to win the approval of more than half of Corus’ minority shareholders, as it is a related-party deal with the Shaw family owning controlling stakes in both Shaw Communications and Corus.

The majority of the proxies have come in ahead of the vote, and over 75 per cent of the proxies tendered are in favour of the transaction, one of the sources said, speaking on condition of anonymity as the matter is private.

It is still unclear though whether the vote will proceed on Wednesday, as the Ontario’s securities regulator is currently weighing whether Corus needs to provide additional disclosures.

The regulator, which held a hearing on the matter on Friday, has now adjourned the matter until Monday, March 7.

A Corus lawyer at the hearing said the company has so far not received objections from any other minority investors and that it expects to win sufficient minority shareholder support for the deal.

Catalyst Capital on Friday called on the Shaw family to prove the deal was the result of a fair, competitive process.

Catalyst, in an open letter, said Corus is overpaying for the assets and asked the family to disclose the number of offers and the price ranges for the offers it received.

Toronto-based Corus has termed Catalyst’s claims misleading and said it is paying a fair price. Proxy advisory firms Institutional Shareholder Services (ISS) and Glass Lewis are advising shareholders to back the transaction.

By John Tilak and Alastair Sharp