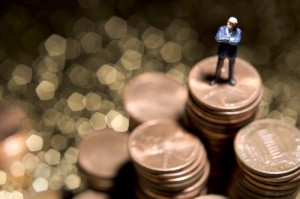 Counsel Corp., which in April announced reorganization plans, has provided details about winding down its private equity operations. The company noted that the 5-year term of the first fund of subsidiary Knight’s Bridge Capital Partners (KBCP) has expired, and that its current mandate is to maximize the value of its investments and “dispose of them at the optimal time.” Investments include Toronto-based brand development and licensing company Authentic Brands Group LLC, which was backed with US$250 million from KBCP and Leonard Green & Partners in 2010.

“We are extremely pleased with the increased momentum of our mortgage lending business in the first quarter,” said Allan Silber, Chairman and CEO of Counsel Corporation. “Street Capital’s business increased the volume of mortgages it originated by almost 15% compared to the same quarter last year and, according to an industry report, was third in mortgage broker market share during the quarter with almost 13% of funded volume compared to approximately 8% in the same quarter last year.

“Additionally, the business has grown its portfolio of mortgages under administration to $13.3 billion, an increase of more than 10% since the end of 2012,” added Mr. Silber. “Capturing market share and adding to our assets under management are integral parts of the growth strategy for the business.”

Counsel carries on its mortgage lending business through its wholly owned subsidiary Street Capital (www.streetcapital.ca). The company sources its mortgages solely through a network of independent, high quality mortgage brokers across Canada with whom it has built relationships. The company offers a broad lineup of high ratio and conventional mortgages, predominantly to prime borrowers, and sells the mortgages it underwrites to top-tier financial institutions. Business revenues are almost entirely from the gain on sale of mortgages.

The business generated $25.5 million in revenues in the first quarter of 2012 compared to $24.2 million in the same period in 2012. The increase was due to growth in the volume of mortgages originated. Expenses totaled $17.6 million and $13.4 million in the first quarter of 2013 and 2012, respectively. The increase was due to costs incurred to expand Street Capital’s share of the mortgage broker channel and investments made to support the company’s application for a bank license including non-recurring costs.

In the first quarter of 2013, Counsel’s Board of Directors approved a plan to accelerate the Company’s strategic process to focus on financial services by disposing of its non-core operating business segments. After exploring alternatives, the Board concluded that the plan provides the best option to unlock shareholder value while allowing Counsel’s management team to focus and build on the unique opportunity for growth and sustainable profitability provided by Street Capital.

The discontinued operations include:

•Counsel’s asset liquidation subsidiary Counsel RB Capital Inc. (OTCQB: CRBN), of which Counsel owns 71.3%;
•Counsel’s case goods subsidiary Fleetwood Fine Furniture LP, of which Counsel owns 71.2%; and,
•Counsel’s real estate properties including its interest in two properties that were under development and one investment property.
The preferred disposition for each of the businesses is based on maximizing their value for the benefit of Counsel shareholders. The Company expects the Case Goods business and Real Estate properties to be sold to third parties while the Asset Liquidation business is expected to be distributed to Counsel shareholders.

The Company is also winding down its private equity business. Our private equity business is carried on through our wholly-owned subsidiary, Knight’s Bridge Capital Partners Inc. (“Knight’s Bridge”), which is responsible for managing Counsel’s portfolio investment opportunities. These investments are held by the KBCP Fund I (the “Fund”). For the first five years of the Fund, Knight’s Bridge’s mandate was to source new investment opportunities for the Fund. That five-year period has now expired and its current mandate is to maximize the value of each of its investments and dispose of them at the optimal time. As we expect that the disposition process will take more than 12 months, the business cannot be classified as a discontinued operation.

Counsel’s Management’s Discussion and Analysis and Condensed Consolidated Interim Financial Statements for the three months ended March 31, 2013 will be available on SEDAR (www.sedar.com).

About Counsel Corporation (www.counselcorp.com)
Counsel Corporation (TSX: CXS) is a financial services company operating in residential mortgage lending through its wholly owned subsidiary Street Capital Financial Corporation, one of the largest non-bank mortgage lenders in Canada. Founded in 1979 and a public company for more than a quarter century, Counsel’s goal is to build consistently profitable, industry-leading financial services companies by investing in great leaders and providing them with the strategic guidance and financial resources they need to succeed.