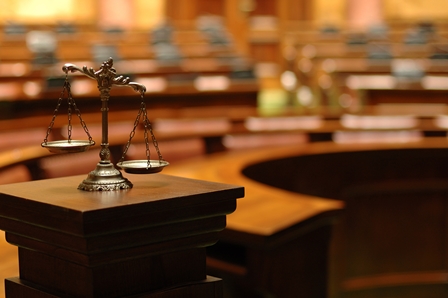 California’s Second Appellate District Court, in a May 8 ruling, allowed Cesar Baez, founder and former managing partner of Centinela, to amend his complaint to pursue discrimination claims. Baez claims he was forced out of Centinela in 2011 after CalPERS allegedly told the asset manager that it would provide it with a $100 million emerging manager mandate if it removed Baez. Baez, who is Latino, has alleged that race played a role in his dismissal.

The Appellate Court also allowed a separate suit by Centinela to move forward in a May 8 ruling. Centinela claims that after it complied with CalPERS’ demands to remove Baez, the system fired Centinela and hired Credit Suisse to run the $100 million mandate, as well as take over Centinela’s existing portfolio. CalPERS originally hired Centinela in 2006 to manage a $500 million emerging manager PE portfolio called Capital Link Fund I, according to court documents. The pension fund tasked Centinela with managing another $500 million in 2008 for Capital Link Fund II.

“It’s not a path I wanted to take, but CalPERS left me no choice in the matter,” Baez said in an interview. “Needless to say, [I’m feeling] pretty good, because it got the case in front of a panel of people that understood the nuances.”

Centinela and its lawyers did not return requests for comment.

“What the Centinela folks are saying is, ‘You made us shiv our partner in the back, then you’d give us a contract. Then you didn’t do it,’” said a member of Baez’s legal team, Jeffrey Eilender of Schlam Stone & Dolan. Eilender said Baez left Centinela “at the point of a gun.”

In an email, CalPERS spokesman Joe DeAnda denied all of Baez’s allegations, adding that the pension “looks forward to the facts speaking for themselves.”

“The court has expressed extreme skepticism that Centinela’s claim has any merit,” DeAnda said. “Centinela was replaced as the external manager of the Capital Link funds because it failed to meet its commitments to CalPERS. The firm’s actions increased risk to CalPERS and demonstrated the firm’s inability to effectively and prudently manage the assets. We provided every opportunity to Centinela to build a successful investment vehicle.”

The $307 billion pension system declined to comment beyond DeAnda’s statement.

CalPERS allegedly wanted Baez to leave Centinela because of his alleged ties to the retirement system’s former CEO, Fred Buenrostro, and former board member Alfred Villalobos, both of whom were implicated in a pay-to-play scheme in 2009, according to Baez and his attorneys.

However, Centinela and Baez are not mentioned in a 2011 report from law firm Steptoe & Johnson and Navigant Consulting on the CalPERS pay-to-play scandal, and Baez denies any wrongdoing or involvement in the scheme. The Steptoe report investigated several instances of alleged bad behavior by investment managers and placement agents that worked with the system.

Baez said he believes former CalPERS CIO Joe Dear grouped him with Buenrostro and Villalobos because he is Hispanic, which led to his dismissal from Centinela. (Dear passed away in 2014.)

Baez and Eilender said they would be open to discussing a settlement with CalPERS should they receive an offer, though Baez also said he is most interested in “clearing my name.”

“Both cases have a very high value, given what the court has said,” said Eilender. “The ball’s in CalPERS’ court… My hope is that saner minds prevail and we settle this in a way that works for everybody.”

It is not clear if Centinela would also pursue a settlement.