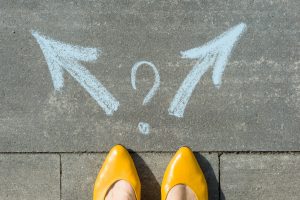 Court Square Capital is offering investors in its new fund the choice to commit to a structure that uses a capital-call credit facility or one that does not, sources told Buyouts.

Court Square has been raising its fourth fund, which has a target of $3 billion, a separate source said. A majority of LPs committing to the fund have chosen the structure that uses the credit facility, one of the sources said.

Court Square’s offer appears to be unique and addresses an issue some LPs have raised about the wide-spread use of subscription lines of credit. Some LPs are concerned about the use of such lines, especially when the length of time before a GP makes an actual capital call exceeds a year.

The firm, based in New York, describes itself as a “growth investor focused on the U.S. middle market primarily investing in the business services, healthcare, general industrial, and technology and telecommunications sectors.” It targeted $3 billion for its third fund, which closed in 2013, and closed on $3.1 billion for its second fund in 2007.

Private equity GPs invest in companies using capital from limited partners who have committed to their funds. GPs gradually call down those commitments as they make investments.

Generally, LPs have a short period to meet capital calls, like a matter of days. To smooth out the capital-call process, GPs use credit lines with banks to fund the LP portion of the investment for a time. The LPs have to meet the capital calls in the future, sometimes as long as a year from the time the GPs called capital.

The use of capital-call facilities has been on the rise. More than two-thirds (68 percent) of North American buyout funds have the ability to obtain short-term loans to fund deals before drawing LP capital, the Buyouts PE/VC Partnership Agreement Study for 2017/2018 shows.

In the past few years, however, GPs have been using capital call lines far longer than necessary to simply give LPs more time to fill capital calls.

Credit lines that extend six months to a year are generally filling multiple capital calls. LPs are on the hook to pay interest rates on the credit lines, which because of the easy credit environment are still relatively low in the range of 3 to 4 percent, sources have told Buyouts in past interviews.

Use of the credit lines can boost a fund’s internal rate of return because the GP hasn’t yet collected money from LPs. This type of fund leverage can boost an IRR by up to 300 basis points or more, which in some cases can put a fund over its 8 percent preferred return, which a GP has to hit to start collecting carried interest.

Some LPs also like the use of capital call credit facilities because of the potential to boost IRRs. “I had a big state pension prospect lecturing me that ‘you have to do this, you should do this, you’re irresponsible if you don’t.’ Some GPs feel caught in the middle on this,” one GP said at an industry conference last year.